By Laura Chamberlain on 15 Oct 2012 in Equality & diversity 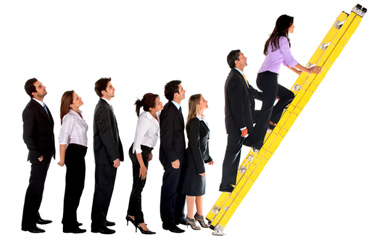 Women from the voluntary sector are being overlooked for corporate board roles, despite having relevant skills and experience.

This is according to the initial findings of a study by Cass Business School, which found that women are being held back from board level in private businesses due to negative perceptions around the quality of experience gained in charities.

The study is following seven female chief executives from the voluntary sector for six months as they attempt to move into corporate boardrooms.

While all the women have experience in commercial settings, they have so far faced significant challenges in their pursuit of non-executive director positions in private-sector firms.

Only one of the women involved in the study has so far managed to get to the interview stage for a corporate board-level job, and she has not yet heard if she has been successful in the first stage of this process.

Cass Business School warned that, as many charities have a high proportion of women on their trustee boards, firms may be ignoring a pool of talent that could improve boardroom gender diversity.

Lynne Berry, deputy chair of the Canal and River Trust and senior visiting fellow at Cass Business School, said there was a general attitude in private-sector firms when identifying board-level candidates of “not for profit, not for me”.

Berry, who is also participating in the study, gave an example of a chairman who said the global experience of one of the women was exactly what he was looking for, until he heard it was gained in the voluntary sector.

“He could not believe that someone who was not primarily driven by profit could bring enough to the board and feared that they would try to make the business lose its edge and become like a charity,” she said.

Helena Morrissey, founder of The 30% Club, a group of chairmen committed to bringing more women into board-level roles, said that, while there had been a mind shift in business around the value of boardroom diversity, there was more to be done to promote the skills of women in charities.

“There are so few examples of women from voluntary organisations who have made it onto the radar screen of executive search firms,” she said.

“I hope looking to women in the voluntary sector will be another part of the solution in terms of how we can create a better gender balance and therefore more effective boardrooms in this country.”

However, James Allen, head of public services at the National Council for Voluntary Organisations, said that the research had identified a wider issue on how skills from charities and social enterprises were valued in commercial firms.

He said: “We don’t just see it as priority to have more women sitting on boards but also to share the skills, talent and experiences that we have in voluntary firms across the sectors.”

Cass Business School will continue tracking the progress of the seven women taking part in the study for the next 18 months.

For monthly updates on the latest recruitment news, sign up to our recruitment and resourcing newsletter.