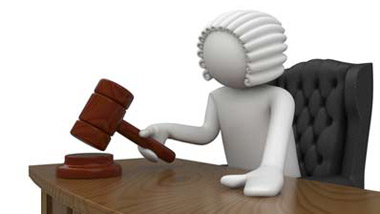 A new Bill, presented to Parliament yesterday, will introduce early conciliation and a “rapid resolution” scheme aimed at making the tribunal system quicker and cheaper for both employers and claimants.

The Enterprise and Regulatory Reform Bill sets out a number of initiatives aimed at creating “strong, sustainable and balanced growth”, such as steps to simplify the employment tribunal system and measures to give shareholders more control over executive pay.

The reforms, confirmed in the Queen’s speech, will have to pass through both houses of Parliament before they come into force.

Business secretary Vince Cable commented: “The measures in the Enterprise and Regulatory Reform Bill will help make Britain one of the most enterprise-friendly countries in the world. It will improve our employment tribunals, reform and strengthen competition enforcement, scrap unnecessary red tape and help ensure that people who work hard and do the right thing are rewarded.”

To reduce the number of disputes making their way to tribunal, employers and claimants will be encouraged to settle their disputes through Acas’s early conciliation service and to increase their use of compromise agreements, which have been renamed by the Bill as “settlement agreements”.

According to Acas’s chair Ed Sweeney, the early conciliation service will begin in April 2014 and could save businesses £3,700 on average compared with resolving a dispute at tribunal.

“Problems at work can be a barrier to growing a business,” said Sweeney. “At Acas, we know that early intervention in workplace disputes avoids the stress, time and cost for all parties in employment tribunals.

“Early conciliation will enable workers and employers to resolve their own problems fairly and without having to face the prospect of an employment tribunal.”

In addition, the Government will introduce a “rapid resolution” scheme, in which legal officers will determine the outcome of more straightforward employment tribunal claims, such as those around holiday pay. The aim of this is to resolve disputes more quickly and cheaply for both parties.

However, the CBI has warned that the Bill is too “light on detail” to determine whether or not it will encourage growth.

Katja Hall, CBI chief policy director, said: “Companies will judge the Government’s progress by what changes in their business on the ground. So far, there has been too little progress in too many areas, with the Government’s intended changes yet to filter through.”

Full details of the proposals included in the Enterprise and Regulatory Reform Bill can be viewed on XpertHR.