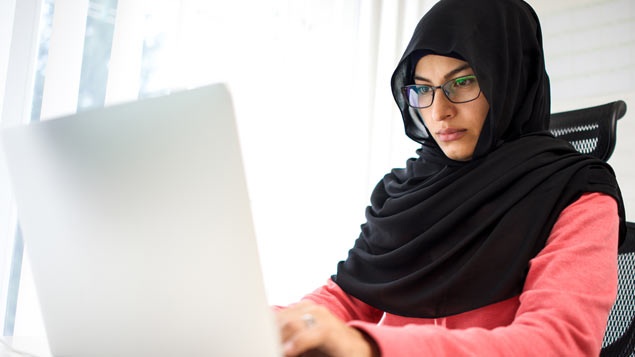 What should an employer do if a third party objects to an employee wearing religious dress while working on the third party’s premises? In March, the European Court of Justice (ECJ) is to consider this issue in two controversial cases on Muslim women wearing Islamic headscarves (hijabs) at work.

On 15 March 2016, the ECJ will hear the reference in the French case Bougnaoui and another v Micropole Univers.

In Bougnaoui, a Muslim IT engineer who wore an Islamic headscarf was told by her employer to remove it while visiting clients, after a client’s staff complained about her appearance.

The French court asked the ECJ whether or not the wish of this customer that a visiting IT engineer not wear an Islamic headscarf could be a “genuine and determining occupational requirement” of the job.

Also due to be heard by the ECJ on 15 March 2016 is the similar Belgian case Achbita and another v G4S Secure Solutions NV.

In Achbita, a Muslim receptionist who was permanently contracted out to work for a third party informed her employer that she was going to begin wearing a headscarf in the workplace.

Discrimination laws in France and Belgium

She brought a domestic discrimination claim, and Belgium’s labour appeal court referred her case to the ECJ.

The Belgian court sought guidance from the ECJ on whether or not a rule forbidding all staff from wearing any visible political or religious symbols could lead to direct discrimination against Muslims who wish to wear a headscarf at work.

Stephen Simpson, principal employment law editor at XpertHR, said: “While these cases are dealing with laws in France and Belgium, they should be of interest to UK employers too.

“The key practical issue for employers is what do they do if an employee is working on a third party’s premises and the third party objects to something of religious or political significance that the employee is wearing.”

He continued: “I am not aware of any previous case law on this incredibly tricky issue, and I would not like to be in the shoes of an HR professional in this situation.

“On the one hand, employees have the right not to be discriminated against because of their beliefs. On the other hand, the employer may need to protect its business relationship with the client.”

Religious dress at work: previous controversies in the UK

Christian cross In Eweida and others v United Kingdom, the European Court of Human Rights held that UK law failed to protect a worker’s right to manifest her religion by wearing a visible cross at work.

Niqab In Azmi v Kirklees Metropolitan Borough Council, the Employment Appeal Tribunal (EAT) held that the employer did not unlawfully discriminate against a teaching support worker by refusing to allow her to wear a veil (niqab) in the classroom.

Jilbab In Begum v Pedagogy Auras UK Ltd t/a Barley Lane Montessori Day Nursery, the EAT held that there was no religious discrimination against a Muslim woman in a job interview when she was asked about the potential for her long religious dress (jilbab) to provide a trip hazard.

Hijab In Farrah v Global Luggage Co Ltd, the employment tribunal accepted that a Muslim employee who came to work wearing a headscarf (hijab) was forced to resign because her employer believed that her appearance did not fit in with its “trendy” image.

Turban In Bal v Secretary of State for Work and Pensions (Jobcentre Plus), the claimant successfully argued that a colleague’s prank involving landing a radio-controlled toy helicopter on his turban constituted religious harassment.