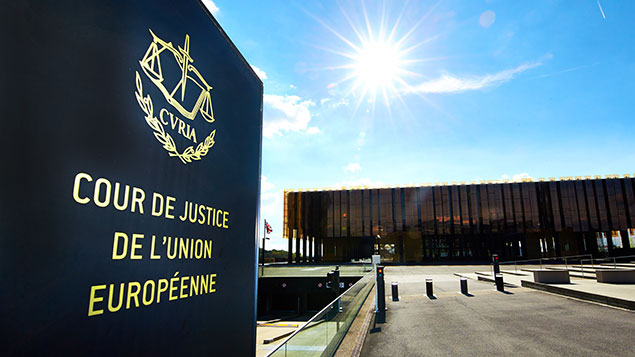 Anyone deemed to have “worker” status must be able to carry over paid annual leave, even if they have not had the opportunity to take it, the European Court of Justice has ruled.

In the case of The Sash Window Workshop and another v King, the ECJ has agreed with the Advocate General’s opinion earlier this year that Mr King, who was on a self-employed, commission-only contract as a sales person, should have been paid annual leave.

Why some employers must provide extra holiday in 2018

Today’s decision is significant for employers who engage people on a self-employed or contractor basis, who may now be liable for thousands in backdated holiday pay claims.

Conley King joined The Sash Window Workshop in 1999, working on a commission-only basis, receiving no pay when he was on holiday or ill. In 2008, the company offered him an employment contract, but he elected to remain self-employed.

When he left in 2012, he brought various claims in the employment tribunal, including a claim that he had been subjected to a series of unlawful deductions from wages over 13 years.

His initial tribunal found that he was a “worker” for the purposes of UK working time legislation, and therefore entitled to annual leave with pay, or payment in lieu of leave.

When the case went to the Employment Appeal Tribunal, it found there was no evidence that King gave any notice of his intention to take holiday that was then refused. King however then took the case to the Court of Appeal, at which point it was referred to the ECJ.

In today’s judgment, the ECJ noted that “the assessment of the right of a worker, such as Mr King, to paid annual leave is not connected to a situation in which his employer was faced with periods of his absence which, as with long-term sickness absence, would have led to difficulties in the organisation of work.”

“On the contrary, the employer was able to benefit, until Mr King retired, from the fact that he did not interrupt his professional activity in its service in order to take paid annual leave.”

The ECJ added: “EU law therefore precludes a situation in which the worker has to take his leave before establishing whether he has the right to be paid in respect of that leave.”

The judgment also made it clear that Sash Window Workshop’s ignorance on King’s employment status was no defence for not paying his holiday or sick pay: “The fact that Sash Window Workshop considered, wrongly, that Mr King was not entitled to paid annual leave is irrelevant. Indeed, it is for the employer to seek all information regarding his obligations in that regard,” it said.

Nicola Ihnatowicz, employment partner at law firm Trowers & Hamlins said: “Employers who find that those they have always regarded as self-employed contractors actually have worker status will now potentially be faced with a significant financial liability for unpaid holiday pay.”

This liability could stretch back years, she added: “Under the Deduction from Wages (Limitation) Regulations 2014 there is a two-year backstop on claims for holiday pay.

“However, following the decision in Sash Window Workshop the entitlement to pay in lieu arises all at once on termination so the two-year back pay limit will have no relevance.

“As a result employers who have failed to provide their workers with adequate facility to take paid leave may be looking at a liability for many years of untaken holiday.”

Clare Gilroy-Scott, partner at Goodman Derrick, which represented King, said: “This case is of importance in clarifying that workers who are denied their entitlement under the Working Time Regulations to paid annual leave do not have to take a period of unpaid leave first before taking legal action to receive pay for that leave.

“This would otherwise have left a worker (who was without protection from unfair dismissal and reliant upon continued work) with the unattractive prospect of having to suffer a detrimental impact on his remuneration by taking unpaid leave. The court has confirmed that a worker may carry over and make a claim for untaken leave entitlement on the termination of the engagement in these circumstances.”

Because the decision refers to the UK’s obligations under the EU-derived Working Time Directive, this is an example of a decision that UK courts will still have to observe prior to Brexit and during any transition period.

Connie Cliff, principal associate at Gowling WLG, said there will be more clarity on the extent of employers’ holiday pay obligations when the case returns to the Court of Appeal.

“Is it, as the EAT held, limited to the lost health and welfare benefits of taking annual leave and so unliquidated damages that will need to be assessed rather than lost wages? For the answer we will need to await the return of the case to the Court of Appeal.”