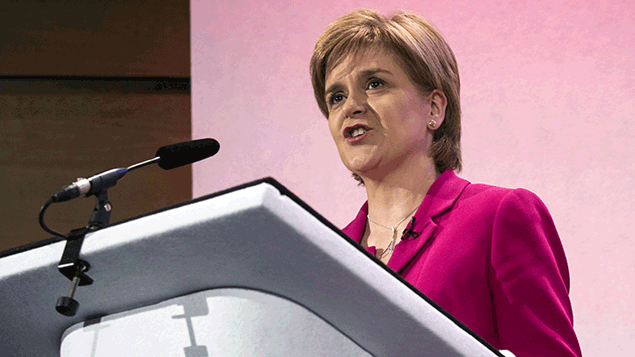 The Scottish Government has announced plans to scrap employment tribunal fees under powers set to be transferred from Westminster.

The intention to abolish fees in Scotland was included in a document published yesterday, A stronger Scotland – the Government’s programme for Scotland 2015-2016.

“We will abolish fees for employment tribunals, when we are clear on how the transfer of powers and responsibilities will work,” the programme says. “We will consult on the shape of services that can best support people’s access to employment justice as part of the transfer of the powers for Employment Tribunals to Scotland.”

The Scottish Government is currently negotiating with Westminster on the details of the Scottish Bill, which will devolve powers to Scotland. The programme states: “we will abolish fees for employment tribunals – ensuring that employees have a fair opportunity to have their case heard”.

The Scottish Government’s plans to scrap employment tribunal fees is part of a broader programme aiming to increase fairness at work: “We will create a fairer country. We will promote a proper living wage, fair work and use new powers to improve the welfare system, mitigating some of the worst impacts of the UK Government’s cuts.”

It is supported by other bodies concerned about access to justice. In July, the Law Society of Scotland called for a review of employment tribunal fees, claiming they represented “a major barrier to access to justice”. Citizens Advice Scotland has also called for the fees to be abolished.

Last month, trade union Unison lost its third case calling for a judicial review of the fees regime when its appeal to the Court of Appeal was dismissed. Unison argues that a dramatic drop in claims (of 79% in the first year, according to the TUC) had “no obvious explanation, other than the introduction of fees”.

The UK Government has recently committed to carrying out a review of the employment tribunal system, which is expected to be completed later this year.