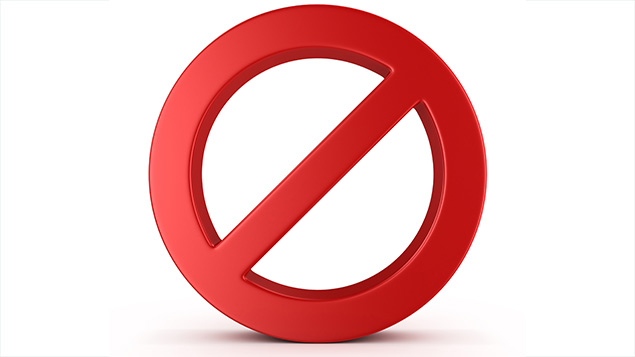 In DLA Piper’s latest case report, the Employment Appeal Tribunal (EAT) granted an indefinite restriction of proceedings order preventing further claims from being brought by a serial litigant who initiated multiple claims against employers that rejected his job applications.

Mr Groves brought at least 19 separate employment tribunal claims against various employers between April 2009 and October 2014. In 11 of those cases, he also brought appeals, all of which were dismissed as having no prospect of success.

Mr Groves claimed to be disabled with several conditions, including depression. The vast majority of his claims were against prospective employers that turned down his applications for a vacancy. His complaints were for disability discrimination.

The outcomes in the cases included the dismissal of three claims after consideration of their merits and the dismissal of seven claims as having no prospect of success. Three claims were withdrawn by Mr Groves, but only after the employers had gone to the trouble and expense of pleading answers to them. In four cases, cost orders were made against him.

As a result, an application was brought by the Attorney General for an order under s.33 of the Employment Tribunals Act 1996, under which proceedings can be restricted where habitual and persistent claims that are vexatious have been made without reasonable grounds.

The EAT granted the order against Mr Groves, restricting him from making any applications to the employment tribunal without the prior leave of the EAT.

The EAT set out the criteria that had to be met before making such an order. The EAT stressed that it had to be satisfied that Mr Groves had habitually and persistently and without any reasonable grounds instituted proceedings, or made vexatious applications in any proceedings whether in a tribunal or in the appeal tribunal, and whether against the same person or different persons.

If those conditions are not met, no order under s.33 can be made. If, as in this case, the conditions are met, the employment judge has discretion as to whether or not to make an order. In exercising such discretion, the judge should bear in mind the interests of a party to take civil proceedings, but also bear in mind that an order under s.33 acts as a filter not a barrier. The judge should also consider the interests of the public in being protected against abusive claims.

The EAT concluded that Mr Groves had commenced a great deal of litigation in a short time and that many of those claims involved identical or very similar complaints. The employment judge described Mr Groves’ pattern of claims and appeals as a “knee-jerk reaction” to failure. He cited Mr Groves’ application prior to this case being heard that he be given leave to appeal the decision should it go against him. This, the EAT held, was indicative of his lack of regard for the merits of his claims.

The EAT also considered the substantial cost and inconvenience to the employers to his meritless and unnecessary claims.

As there was no reason for the EAT to suppose that Mr Groves would stop acting vexatiously in the future, an indefinite order was justified. Permission to appeal was denied.

The case sets out the criteria that must be satisfied before a tribunal will make a s.33 order preventing vexatious litigation.

It is clear that this is an extreme example of a litigant who has brought numerous unsuccessful claims and had no regard for the merits of his claims. However, it does give employers an idea of what might be considered to be a vexatious litigant.

Importantly, it states that being unsuccessful is not enough: the litigant must have no consideration for the underlying merits of a claim to be categorised as “vexatious”.