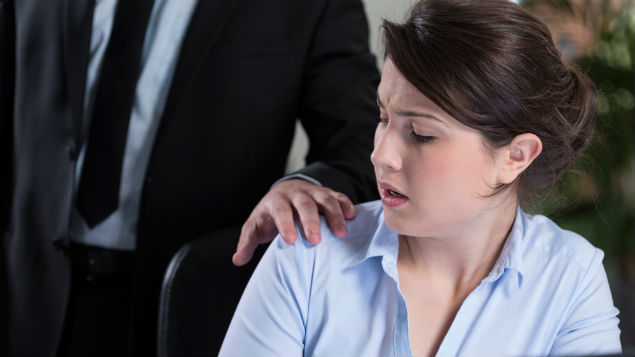 Sexual harassment in the workplace is in the spotlight after widespread publicity of claims by a former employee at technology firm Uber. Adam Grant and Jemma Pugh at legal firm Wedlake Bell LLP say the development is a warning for employers to take action.

Following the much-publicised cases of worker status in the gig economy, Uber has once again found itself at the centre of unwanted media coverage in respect of various allegations of sexual harassment.

There have been stories of widespread sexual harassment claims following a former Uber engineer’s viral blog post which described a culture of sexism and sexual harassment at the tech giant. The blog makes for an uncomfortable read as the writer reports, amongst other things, being propositioned by her new manager and not being taken seriously by HR when she reported various incidences of harassment.

Sexual harassment in the workplace

Deal with a complaint of sexual harassment

Podcast: Sexual harassment in the workplace

Apparently, the number of female employees steeply declined during the writer’s time at the company. It has recently been reported that following investigations, around 20 staff left Uber – including some senior executives.

This story brings into sharp focus the problems still facing many women across multiple industries today, not just in the tech sector.  Recent polls commissioned by the Trade Union Congress suggested that over half of women in work in the UK had experienced sexual harassment at some point in their career.

Such conduct is extremely detrimental to the workforce as a whole, creating a hostile working environment, leading to a loss of talented workers and exposing employers to potentially expensive litigation claims.

The recent Uber situation is a stark reminder of the detrimental impact such allegations can have on the financial and public standing of the business; the blog has been widely read and publicised (retweeted thousands of times), reported in media across the world and has led to senior individuals stepping down.

So what action can be taken to protect workers and the wider business and what are the risks of failing to take adequate steps?

The law and sexual harassment in the workplace

In the UK, protection against sexual harassment in the workplace is enshrined in the Equality Act 2010. The Act defines sexual harassment as unwanted conduct of a sexual nature which has the purpose or effect of violating someone’s dignity, or creating an intimidating, hostile, degrading, humiliating or offensive environment for them.

It is not a defence for the perpetrator to claim that the unwanted conduct was meant as a joke or that they considered it acceptable: if it had the effect of making someone feel intimidated or offended, then it can constitute harassment.

Victims of workplace sexual harassment can bring a claim against their employer in the employment tribunal. Employers have a responsibility to create a safe work environment for their employees, and an employer does not have to approve of, or even be aware of, the inappropriate conduct in order to have vicarious liability.

Employers may have a defence if they can show that they have taken all reasonable steps to prevent the harassment occurring. Awards for harassment are uncapped and so the financial impact can be significant.

There are a number of measures that an employer can take to prevent workplace harassment.

Clear guidance – the main measure would be to implement a robust anti-bullying and harassment policy. This should be tailored to the particular business and the organisation’s culture, perhaps giving examples of what could constitute workplace harassment.

Policies should be made easily available to the entire workforce.  A good policy (which does more than just sit on the shelf) can help workers feel confident that harassment will not be tolerated and allegations will be treated seriously and sensitively.

Reporting procedures – in addition to grievance reporting procedures, larger employers may wish to follow Uber’s lead and introduce a hotline to allow workers to report any kind of bullying and harassment in the workplace to an independent body.

Training – employers should provide relevant and targeted training to staff. Issuing written guidance is helpful but there is no guarantee that it will be read. Face to face or online training courses are becoming increasingly popular to ensure the message is properly understood. Such training, in particular for senior staff, will help them recognise and resolve potential harassment situations.

It is often emotionally and practically difficult for workers to make a complaint of sexual harassment, with concerns about damaging work relations or even career prospects. Employers can encourage workers to engage with them by taking a flexible and sensitive approach, allowing problems to be dealt with before they escalate out of hand.

Careful consideration must be given as to who in the organisation is best placed to deal sensitively and impartially with a complaint. For example, alternative reporting structures should be provided in the event that a complaint is against a direct line manager, rather than a peer. Complaints should be investigated thoroughly and appropriate action taken against the perpetrator.

Employers should review the steps they are taking to prevent workplace harassment on a regular basis and consider whether or not policies and procedures continue to be effective. Creating a safe environment where harassment is not tolerated not only protects employees, but the business’s reputation, and should be a priority for all employers.