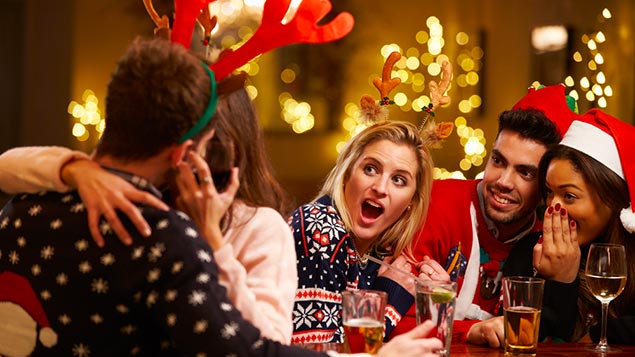 Two fifths of women and a fifth of men in the UK say they have experienced unwanted sexual behaviour at work, an in-depth poll for the BBC has found.

At the most serious end of the scale, women were nearly three times more likely to have been seriously sexually assaulted at work than men: 3.4% of women and 1.4% of men.

One in 10 people (9.1%) had experienced a less serious sexual assault; for example, groping (13.5% of women and 4.4% of men). About one in 20 women (5.2%) have experienced suggestions that their career would be advanced in exchange for sexual favours, compared with 2.3% of men.

Unwanted touching, for example a hand on the lower back or knee, had been experienced by 22.2% of women and 6.2% of men.

Researchers also asked people about whether they had seen pornography or other sexually offensive material that had made them feel uncomfortable: 7.9% of women and 5.6% of men said yes, but few (1.4% and 2.1% respectively) had seen it in the past 12 months.

Men are much more likely to think it OK to kiss a colleague at a Christmas party, with 18.8% saying it was generally acceptable, compared with just 11.9% of women.

Other situations examined by the research included whether it was acceptable to hug a colleague of the opposite sex who appeared upset. Nearly half of women (48.4%) said it was generally acceptable, 43.7% said it was sometimes acceptable, while 4.8% felt it was always unacceptable.

For men, however, only 36.3% felt it was generally acceptable, 51% said it was sometimes, while 6.2% said it was always unacceptable. Tellingly, 6.5% of men and 3% of women answered that they did not know.

The researchers also asked about the acceptability of swearing in the workplace, such as using the ‘f’ word. Four in 10 (39%) felt it was always unacceptable, 43.5% felt it could sometimes be acceptable, while 13.2% said it was generally acceptable. Older respondents were much more likely to always find swearing unacceptable. Only a fifth (22.4%) of 18- to 34-year-olds felt it was always unacceptable to swear at work, compared with 56.4% of people aged 55 and over.

Asked whether the standard of conduct in the workplace had generally improved over the past decade, 72% of people said it had improved and 28% said it had declined, with men and women answering broadly the same.

The research was carried out online in November 2017.