Shared parental leave and pay: how much will it cost? 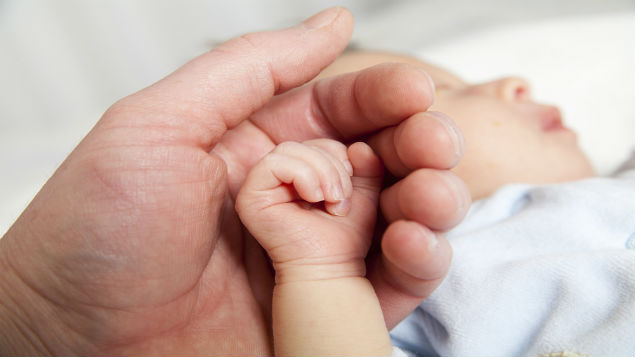 Employers must plan now for the launch of shared parental leave

Employers reviewing policies in the run-up to the introduction of shared parental leave and pay must make a key decision about whether or not to enhance their offering. Jo Faragher looks at the factors they should consider.

We are still to have sight of the final regulations, but already HR teams are wrestling with the ins and outs of the new rules on shared parental leave.

The rights do not come into force until April 2015, but employers should be reviewing their parental leave and pay policies now, and some may even be already receiving notice of pregnancy from staff and beginning to discuss plans for once the baby is born.

One of the key decisions employers must make over the coming weeks will be whether or not to offer enhanced shared parental pay, whether that is for the baby’s father, the mother’s partner or someone with whom she’s in a civil partnership, or for couples looking to adopt a baby or who are in a surrogacy arrangement.

The Government’s impact assessment on the introduction of the new family-friendly rights estimated that the cost to business would be around £17 million, and that for many employers it would be cost-neutral because the number of women coming back early would balance out the number of partners taking leave and accessing pay.

However, this assessment was based on two assumptions, which many commentators believe are flawed. The first is that every employer would only offer statutory shared parental leave and pay (£138.18 a week or 90% of employee’s salary, whichever is lower). The second is that the take-up for the new rights would be similar to that for Additional Paternity Leave (APL). According to TUC figures, only 1 in 172 fathers took advantage of APL in 2011/12, which enables them to take up to 26 weeks to look after a child after the mother has completed her maternity leave.

Who will take shared parental leave?

“The Government estimates that between two and six per cent of fathers will take up the new shared parental leave rights, but I think that’s an underestimate,” says Simon Kerr-Davis, employment lawyer at Linklaters. “APL was deeply unattractive financially, and there was a lack of flexibility and publicity. I think we might see more fathers take the new right and tack it on to ordinary paternity leave.”

A survey by Personnel Today and XpertHR in July suggests that most organisations that offer enhanced maternity pay will also offer enhanced pay to parents taking shared leave. Where they had already made the decision to enhance, 75% said they would mirror the pay offered to mothers.

But because take-up is so uncertain, estimating the likely cost of enhanced pay is tricky. The numerous considerations include workforce demographic (age and gender), organisational culture, the seniority of staff most likely to take leave and what happens if two people want to take leave concurrently.

Even something seemingly straightforward like planning cover could be littered with pitfalls, as shared parental leave regulations permit parents to take blocks of leave of as little as a week at a time. On top of that, the party taking leave must only provide eight weeks’ notice, so organisations may have little time to budget or plan.

FAQ: Are employers required to provide pay or time off in lieu of bank holidays that coincide with a period of shared parental leave?

Do employees continue to accrue annual leave during a period of shared parental leave?

“In theory, HR and payroll should need little extra resource, but the reality is different,” says Helen Hargreaves, senior policy and research officer at the Chartered Institute of Payroll Professionals.

“People wanting shared parental leave can change their mind on dates, and can give up to three notifications. Organisations might find things out late, there might be recalculations, they might miss the payroll deadline. The hardest thing will be communicating all this between departments.”

In modelling potential take-up of shared parental leave and pay, it is worth looking at the demographic of your male working population and how they have behaved before. Jennifer Liston-Smith, director of coaching and consultancy at My Family Care, adds that consulting with “interested parties” such as your organisation’s family network, or fathers in the business who are viewed as role models, will also help you to build an idea of who is likely to choose shared parental leave.

The most likely take-up pattern, according to Liz Morris, director of consultancy and training at Working Families, will be fathers taking a couple of extra weeks straight after their two weeks’ Ordinary Paternity Leave, with potentially another short period when the mother returns to work to help settle the child into its care setting. “Of course there will be some that take a full nine months, but they will be the exception rather than the rule,” she says.

“If you’re budgeting for an extra four-to-eight weeks of leave at an enhanced level, this is only likely to be an increment equivalent to 2-5% on your maternity pay costs, which should be easily absorbed by a larger employer.”

Of course, employers with male-dominated workforces could face a heavier financial burden if they choose to enhance. According to David Wreford, a principal at reward consultancy Mercer, this is more of a cultural issue that will shift over time as the legislation beds in. “There may be an issue as to whether employers are ‘winners’ or ‘losers’ if they employ more men than women. But they have to accept that the law has changed, and that the legacy attitude that women get maternity leave and take the main child-caring role is what it’s trying to address,” he says.

While companies are not legally obliged to offer enhanced shared parental leave and pay schemes, it is worth considering when budgeting for the new rights that not offering enhanced pay to partners as well as mothers could carry a risk of discrimination claims.

In a recent sex discrimination claim, Shuter v Ford Motor Company, a male engineer argued that he had been financially disadvantaged over a period of five months’ additional paternity leave. He said that, because female employees were paid 100% of their basic pay for up to one year on maternity leave, he had missed out on £18,000 because the APL policy only offered a statutory minimum.

Shuter lost his claim, with the tribunal basing its decision on the fact that Ford had a deliberate strategy to increase female representation in the company, part of which was to offer a generous maternity package. However, an employer relying on this decision as justification for choosing not to enhance shared parental pay may lay themselves open to risk, warns Kerr-Davis. Ford could offer statistical proof that its efforts were working to tackle gender diversity – this may not be the case at every employer, he explains.

While planning a budget is probably the most fundamental challenge for employers considering their options on shared parental leave and pay, there are several other considerations too. Couples working together who choose to take leave concurrently, for example, could affect a team and leave managers having to cover two roles for a short period. A decision to take leave in short blocks or chop and change throughout the 50 weeks available could also increase administrative costs or spend on temporary staff. Some employers are looking at offering incentives not to take discontinuous blocks of leave as a way of reducing this burden.

Added to this, both parents will be eligible to use up to 20 SPLIT days (formerly known as KIT, or keeping in touch days), which could be used alongside shared parental leave as a way to enable either partner to come back to work on a more flexible basis. These days are paid at an agreed day rate for each employee, which in some organisations will be more than the shared parental pay they have on offer, so arguably should be budgeted for.

With so many variables at play, it is not surprising that employers find making the decision whether or not to enhance shared parental pay a challenge. But it is important to remember that there is no legal requirement to enhance (and this is emphasised in the latest employers’ technical guide from BIS). “If your organisation decides not to enhance at first and to take a view as things emerge, you won’t be perceived as a leader, but it’s still a reasonable stance,” says Liston-Smith from My Family Care.

In August, just one in seven respondents to XpertHR’s survey said they were either “well” or “very well” prepared for the introduction of shared parental leave, so a large proportion of employers are yet to rubber-stamp their policies. And while the cost issue cannot be ignored, for many it will be a chance to look at their whole approach to family-friendly rights and how much value it creates for employees.

One Response to Shared parental leave and pay: how much will it cost?