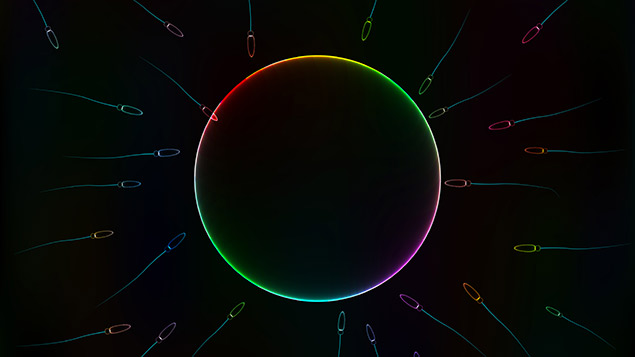 Silicon Valley has a problem: it is failing to attract and retain sufficient numbers of talented women. To address this, Facebook and Apple are offering employees the opportunity to have their eggs frozen and stored for the future. Sarah Taylor, associate at Stevens & Bolton, looks at the implications of this.

Initially pioneered to give women the chance of having children after undergoing cancer treatment, cryopreservation is a costly procedure. And Facebook is now offering to fund it for employees (with Apple planning to from 2015) in the hope that dedicated, career-focused women can delay the disruption to their careers caused by childbirth and motherhood.

But by offering this benefit, Facebook and Apple are sending two very dangerous messages to their workforces and to the business community at large. First, that pursuing a successful career and motherhood are mutually exclusive and should, ideally, not be undertaken at the same time; and second, that once women reach a certain age, they are past their prime and their contribution to the workplace is not as highly valued.

Offering this new benefit reinforces the notion that pregnancy and motherhood render women less capable of doing their jobs. This need not be the case. In supportive working environments, mothers can be highly effective.

Organisations like Facebook and Apple have the resources to pioneer creative solutions to enable mothers to continue to pursue successful careers, at the same time as having and raising children. Technology and an open-minded approach to new working arrangements could provide endless options for flexible and remote working. Instead of offering women the choice between motherhood and pursuing a career, with the option of delaying one for the other, organisations should be making it possible for women to have both at the same time.

Unless organisations become more accommodating, the option to freeze eggs is simply postponing the challenges faced by many working mothers, as many of the women who freeze eggs will go on to have children eventually.

Worse still, older mothers are more likely to suffer from medical complications during pregnancy and labour, and will possibly hold more senior positions with even greater demands on their time. Postponing motherhood to later in life may not, therefore, make juggling the demands of career and motherhood any easier.

The other message that offering egg freezing promotes is that employers want women to focus on their careers during their natural child bearing years, but are happy for women in their forties and older to take time out to start a family, suggesting that the contribution of women over 40 is not as valuable.

There is much talk of women being in their “prime” in their thirties, implying that they are not at their best after a particular age; whereas there is no commonly identified age range when men are deemed to be in their prime.

The ability to freeze eggs is a welcome scientific development and will enable many women to make a personal choice to delay motherhood or to insure their chances of having children in the future. Pursuing a demanding career is not the only reason why women in their thirties may not feel in a position to start a family, and having the option to freeze eggs offers women a new level of control over their lives and an escape from the pressure imposed by their biological clock. There is nothing preventing women with sufficient financial means from making a private decision to freeze their eggs.

Offering egg freezing as an “employee benefit” is, however, extremely dangerous and could result in pressure being applied on women to freeze eggs in order to demonstrate their commitment to their career. Will employers, even subconsciously, view a woman who chooses to give birth during her natural child bearing years as somehow less ambitious? At the extreme, will female employees feel the need to schedule motherhood around business needs?

More needs to be done to address gender inequality

Expanding family-friendly working practices alone is not the answer to increasing the proportion of women in male-dominated sectors such as technology.

There is a common misconception that women are dissuaded from entering certain industries because of concerns about being able to balance motherhood with their chosen careers, and that they may leave certain career paths in their thirties primarily due to an inability to achieve this balance.

The situation is far more complex. Studies confirm that women generally view success and achievement in very different terms to men. Certain working cultures simply do not appeal to women. Silicon Valley sending a message to women that you will work so hard during your natural child bearing years that you will not have time to raise children is unlikely to entice large numbers of female recruits, regardless of whether motherhood is on their agenda. Apple and Facebook need to address the wider cultural issues which make them unattractive to female recruits.

Women have only been key participants in the workplace for a relatively short period of time, while men have had centuries to establish working cultures and practices suited specifically to male traits and perceptions of success. Women today are no longer prepared simply to fit into established male templates. If employers genuinely want to increase their proportion of female employees, they need to embrace far wider organisational and cultural changes in order to create working environments in which women flourish and succeed. Only then will we achieve true gender equality in the workplace.

Sarah Taylor is an associate at Stevens & Bolton.
View all posts by Sarah Taylor →
Previous Article
Next Article