By Peter Crush on 21 Oct 2014 in Social media, Online recruitment 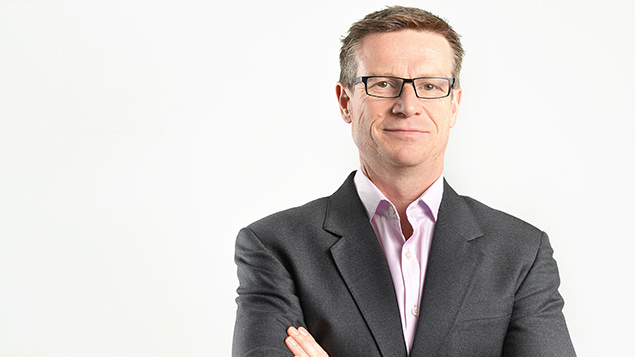 Monster managing director Andy Sumner talks to Peter Crush about how the company has had to make bold strides to take on increased competition from social media, and improve its reach and relevance to recruiters.

Try to find the managing director of Monster, Andy Sumner, on LinkedIn and you will find it difficult. Until you are personally connected with him, if you run a search his profile is there, but he is pictureless, and his profile rather sparse.

This may or may not be unintentional. After Indeed.com, many commentators now believe LinkedIn is Monster’s largest competitor. Perhaps Sumner does not want to give recruiters using LinkedIn any more cause to increase its already massive popularity.

This is because Monster, once the first-name in jobs, has a fight on its hands; to keep job hunter numbers up and keep pace with how employers want to recruit. And it is social media that is throwing the punches.

From being one of the top 20 most visited websites in 2006, it is now ranked 712 globally, compared with LinkedIn at 11, according to web analytics experts Alexa. Last year, LinkedIn saw 5.7 billion professionally-oriented searches made, with 10 million of these in the UK alone.

“Obviously having two different audiences means we have to stay ahead of the game in many ways,” says Sumner, who joined the business in 2012. “If the search experience is not good, candidates go elsewhere, which, in turn, will not help our corporate clients.”

“But, at the same time, we’re not arrogant enough to expect all businesses to partner with us. Organisations naturally want to de-risk, and don’t want to put all their eggs in one basket,” he adds.

In response, Monster is trying to make huge strides to satisfy both. It has invested millions (including buying several companies in the process) developing 6Sense – a semantic search technology – that makes it easier for candidates to search for jobs, and easier for employers to pinpoint jobseekers who match their criteria.

Monster claims that employers can save 65% of their search time, and see a 150% increase in the number of qualified candidates found.

“Through our Career Ad Network, we’ve also been able to distribute job ads beyond the traditional Monster environment,” says Sumner, “matching relevant ads to other sites they look at. This reaches more passive candidates, and by adding this function to a standard job ad, our research has found this will boost response rates by 50%.”

But these albeit significant changes will be seen as smaller milestones compared to the company’s latest strategy, according to Sumner. “Our motto is ‘Find Better,’ and we believe Monster is on the next, most significant part of its journey,” he says grandly.

The solution for the latter is to take on social media at its own game – by using it to Monster’s advantage.

“The only way we’ll grow the number of people we can present to employers is by introducing what we’re calling ‘social profile aggregation’,” declares Sumner. “The crux of it is aggregating data from multiple social media sites.”

“Our technology will gather all the information from people not necessarily registered with us, according to the publicly available data they leave on social media sites such as Twitter and Facebook.”

He adds: “If it then thinks this person matches a vacant position an employer has, we’ll present that person to the clients, or recruiter, who can then get in touch with them direct.”

Sumner claims that this next phase of Monster’s journey is “the most innovative thing we’ve ever done,” and it will also be complimented in 2015 by presenting employer’s job ads on Twitter, according to how relevant Monster’s technology perceives that user to be.

It is a bold move, and it is one that might upset privacy campaigners (although anyone listed as private on Facebook will not have their details taken), but Sumner believes it is what recruiters and jobseekers want.

“All the evidence suggests job content now has to go out to the places where people spend their time,” he says. “Yes, employers could try to do this aggregating themselves, but our investment means we can present the simplicity of it without any need for clients to change their business.”

“Our technology automatically populates employer ads with searchable tags, and it will even be able to use more than 140 characters as well as feature graphics.”

The strategy is clever because it not only repositions Monster as a social media-friendly company, but it is arguably the next step in proving to employers the relevance of job boards in measuring where applicants come from.

“A few years ago, our advanced analytics was as much about proving where a candidate journey originates,” says Sumner. “We were able to demonstrate that many people looked at Monster first, but then went straight to the corporate site to actually apply for a job. Without our data many organisations will have thought applicants were coming direct to them, when they were not.”

It was this need to demonstrate the origin of applicants that drove Monster to launch its “Apply with Monster” button in 2013. Here, candidates’ details would automatically populate an application form that could be sent direct to employers.

Critics said it was a bit late to the party on this (LinkedIn launched a similar button a year earlier), but it only took three months for it to become the most popular third-party “apply” button, and Sumner says conversion rates – where applicants start and finish their application rather than abandoning mid-process – have improved vastly.

Of course, there is no guarantee that these advances will put Monster back to where it was in the heady days of the noughties (in 2002, for instance, it bought the website address jobs.com for a cool $800,000). But Sumner is convinced that under his watch, Monster is back, and will be roaring once more.