Two in five fathers will not qualify for shared parental leave 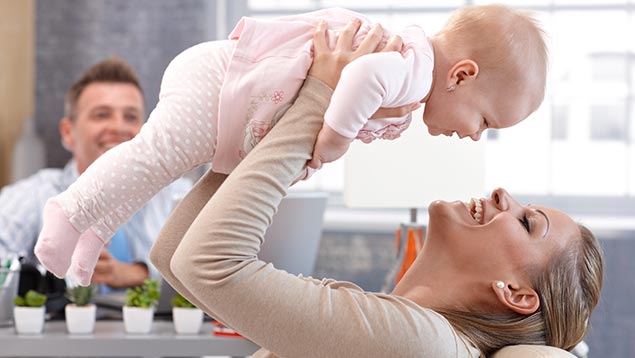 Shared parental leave eligibility rules will stop many men taking it up.

Rules surrounding the eligibility for shared parental leave have been criticised after the TUC found that two in five men will not qualify for the new rights.

New mothers expecting a baby on or after 5 April 2015 are allowed to share up to 50 weeks of maternity leave and 37 weeks of pay with their partners. However, TUC analysis published today shows that 40% of working dads with a child under the age of one would be ineligible because their partner is not in paid work. Mothers who are not employed or self-employed do not have a right to share maternity leave or pay.

Advise an employee on qualifying criteria for shared parental leave

The TUC is concerned that the new scheme will have limited impact because of the rules around eligibility. According to government projections, as few as 5,700 men are expected to apply for shared parental leave over the next 12 months.

However, it estimates that shared parental leave would be open to around 200,000 more fathers each year if their rights to take it were not dependent on the mother being in work.

The report also notes that the UK lags behind European countries when it comes to rights and financial support for new dads. In Denmark, Norway and Portugal, fathers can take paternity leave at 100% of their normal earnings, while in Sweden and Germany, families are given money if fathers share parental leave equally with their partner.

In the UK, by contrast, statutory paternity pay is just a quarter of the median weekly wage for full-time male employees and just over half the weekly wage for a worker earning the national minimum wage for a 40-hour week.

Half of new dads in the UK do not take their full two weeks’ statutory paternity leave – a rate that rises to three-quarters of fathers on the lowest incomes. The TUC says that without better rights to leave and pay, many men will continue to miss out on playing an active role in the first year of their child’s life.

The TUC has recommended the following changes:

“If politicians are serious about men playing a more active role after their child is born, they must increase statutory paternity pay and look at introducing some father-only leave that isn’t dependant on their partner being in work.

Justine Roberts, CEO of Mumsnet, noted: “In a recent survey of Mumsnet users, eight out of 10 couples said they would have liked the father to take more paternity leave, and seven out of 10 said that financial considerations stopped them from doing so.

“Everyone seems to agree that dads need to be able to spend time with their children, but we do not yet have the policies that will encourage a real cultural shift.”