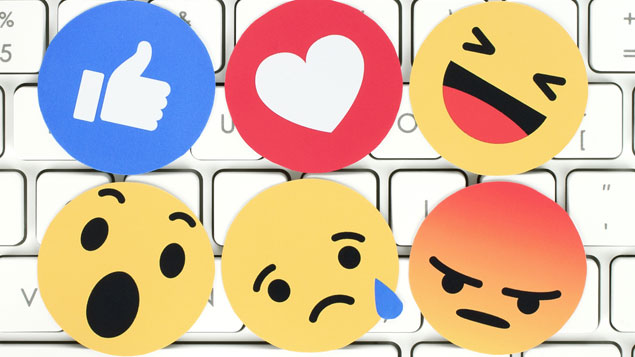 An employment tribunal has held that the dismissal of a long-serving employee over derogatory comments she made on Facebook about her employer was fair. Stephen Simpson rounds up recent decisions published on the online database of first-instance tribunal judgments.

“The claimant was aware of the policy and one assumes she read it, she must have been aware what was and what was not allowed….

“It may be seen as harsh but the respondents taking account of the claimant’s long service and clear record nevertheless dismissed for a clear breach of the policy and that would fall within the range of a reasonable response open to an employer.”

Mrs Plant had been a machinery operator for her employer for 17 years and there had been no disciplinary issues during that time.

Mrs Plant’s employer introduced a social media policy, which gave examples of unacceptable social media activity, including placing comments online that could damage the reputation of the company.

The company’s social media policy also reminded employees not to rely on Facebook’s privacy settings, as comments can be copied and forwarded on to others without permission.

The policy made clear that breaches of the policy could lead to disciplinary action, including dismissal in serious cases.

A few months later, the company made an announcement about a possible premises move. Shortly after, Mrs Plant made the following comment on her Facebook page, which was linked to her employer’s computer system:

“PMSL [pissing myself laughing] bloody place I need to hurry up and sue them PMSL.”

She was invited to a disciplinary hearing, where her defence was that she did not realise that her Facebook page was linked to her employer’s technology, and that she did not believe that the comment was aimed at the company.

The decision was taken to dismiss. The decision-maker took into account the derogatory nature of the comment, and the absence of an adequate explanation from her.

The decision was upheld on appeal, despite Mrs Plant’s arguments that dismissal was unfair given her long service, clean disciplinary record and lack of computer literacy.

The tribunal held that the employer’s decision to dismiss was within the range of reasonable responses.

Mrs Plant accepted that her comment was in breach of the employer’s social media policy. She did not review her Facebook profile when the policy was introduced, and there was nothing to stop family and friends from forwarding her comment on to a wider audience.

The employment tribunal accepted that the employer had reasonable grounds for believing that Mrs Plant committed misconduct, after a reasonable investigation. Mrs Plant was given the opportunity to provide an adequate explanation, but failed to do so at the disciplinary and appeal hearings.

In rejecting Mrs Plant’s claims for unfair dismissal, the tribunal noted that the decision to dismiss a long-serving employee with a clean record could be seen as harsh.

However, the tribunal concluded that dismissal was still within the band of reasonable responses.

Mefful v Citizens Advice Merton and Lambeth
On 2 May 2017, an employment tribunal upheld a claim for discrimination arising from disability over the claimant’s former employer stating in a reference that it would not re-employ him because of his high levels of sickness absence.

de Leon v London Underground Ltd
On 26 April 2017, an employment tribunal awarded £3,000 for injury to feelings for racial harassment over London Underground’s handling of the claimant’s complaint that a colleague had a swastika tattoo.

Carrabyne v Department for Work and Pensions
On 19 April 2017, an employment tribunal held that a civil servant was subjected to discrimination arising from disability over her dismissal after an absence that fell within her six-month review period following a final written attendance warning.

Reed v CF Fertilisers UK Ltd
On 11 April 2017, an employment tribunal held that a male employee was fairly dismissed after putting an offensive message about a female colleague on a mug that was left in the workplace kitchen cupboard.

McKeith v McCorry and others
On 16 March 2017, a Northern Ireland tribunal awarded £18,886 to a woman whose dismissal from an advice centre was found to be linked to her role as the primary carer for her disabled daughter.