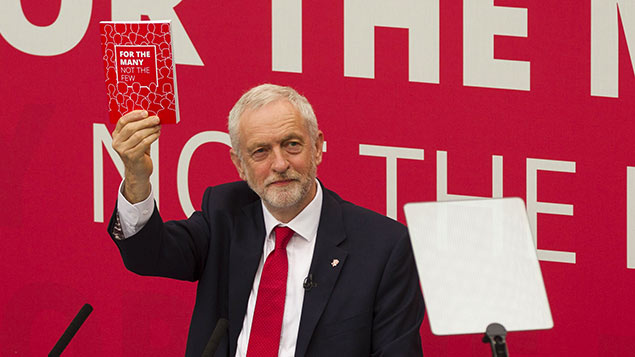 The Labour Party’s official manifesto has been released today and includes some of the most radical changes to employment legislation for decades. We summarise the main points for employers.

Labour leader Jeremy Corbyn launched the Party’s 2017 general election manifesto beneath the slogan “For the Many, Not the Few”, and it seems that nobody would escape the impact of a Labour Government if it were elected on 8 June.

We round up the Party’s 20-point plan on workers’ rights and explore other areas of its manifesto that would be likely to affect employers.

1. Day-one rights
Labour would give all workers equal rights from their first day of employment, regardless of whether they were full-time or part-time, permanent or temporary. Labour would also abolish the “loophole” to the Agency Workers Regulations 2010 known as the Swedish derogation.

2. No more zero hours contracts
The Party would ban zero hours contracts, guaranteeing every worker a minimum number of paid hours. Labour would also strengthen the law so that those who work short hours for more than 12 weeks on a regular basis will have the right to a regular contract which reflects those hours.

3. Post-Brexit employment rights and foreign workers
Labour would legislate to ensure that employers recruiting workers from abroad do not undercut workers at home. Corbyn has also pledged to replace the proposed Great Repeal Bill with the EU Rights and Protections Bill, which would safeguard workers’ rights handed down from the EU.

Frances O’Grady, TUC general secretary, said: “Nobody voted for Brexit to lose their hard-won protections at work. That is why Labour is right to protect existing rights at work, and pledge to at least match future EU rights. British workers shouldn’t miss out on rights enjoyed by other European workers.”

4. Collective bargaining expanded
As expected, Labour would repeal the Trade Union Act. But it would go further. It would also introduce “sectoral collective bargaining” – because, says the manifesto, the “most effective way to maintain good rights at work is collectively through a union”. It would also legislate for the introduction of electronic balloting for industrial action.

7. A new living wage for all
Labour says it will raise the minimum wage to the level of the “Living Wage (expected to be at least £10 per hour by 2020)”. This would apply to all workers aged 18 or over.

8. Scrap the public-sector pay cap
Labour would end the 1% pay cap in public-sector organisations, which has been Government policy since 2013, because “public-sector workers deserve a pay rise after years of falling wages”.

9. Amend takeover code
Mergers and acquisitions would come under greater scrutiny as Labour would ensure that every takeover proposal has a clear plan in place to protect workers and pensions. It would also scrap the coalition Government’s 2014 changes to TUPE, which it says weakened the protections for workers transferring between contractors.

11. No more unpaid internships
“It’s not fair for some to get a leg up when others can’t afford to,” says the Labour manifesto.

13. Abolish tribunal fees
The Labour Party would scrap the fees that claimants have to pay in employment tribunals, but it would keep the Acas early conciliation system.

15. Mothers and redundancy
The Labour Party would strengthen protections for women against unfair redundancy.

16. Blacklisting inquiry
It has also said it would hold a public inquiry into blacklisting, to ensure it “becomes and remains a thing of the past”.

19. Trade union recognition for public contractors
Labour says it would use public spending power to drive up standards in the workplace, including a policy to only award public contracts to companies which recognise trade unions.

In addition to the 20-point plan above, Labour would also consult on statutory bereavement leave. It would consult on protections for workers who face abuse for enforcing the law around age-related sales, and it would protect the status quo on Sunday trading hours.

Corbyn’s Party has also hinted at improving redundancy pay: “Workers in Britain are among the easiest and cheapest to make redundant, meaning when multinational companies are taking decisions to downsize that British workers are at a disadvantage. We will consult with trade unions and industry on reviewing redundancy arrangements to bring workers in Britain more into line with their European counterparts”.

One topic that is not mentioned in Labour’s “Rights at Work” chapter is self-employment; that is because it is saved for a chapter of its own where Labour details that it would shift the burden of proof from employee to employer. The law would assume the worker was an employee unless the employer could prove otherwise.

Umbrella companies, which Labour says exist to limit tax liabilities and workers’ rights, would be banned. Employment agencies would share responsibility for the enforcement of agency workers’ rights with the end-user organisation.

Under Labour, the status of “worker” would effectively be scrapped, as it would “extend the rights of employees to all workers”, but it also pledges to establish a commission – led by academic and legal experts and representatives from trade unions and industry – to modernise the law around employment status. It says: “new statutory definitions of employment status would reduce the need for litigation and improve compliance”.

The Party pledges to introduce an “excessive pay levy” on salaries above £330,000. According to reports, the measure would mean that companies paying staff more than this figure will pay a 2.5% surcharge, while salaries above £500,000 would be charged at 5%.

Income tax for 95% of earners and national insurance would remain the same, but Labour would lower the threshold for the 45p additional rate to £80,000 from its current level of £150,000. And it would reintroduce the 50p rate of income tax on earnings above £123,000. Scotland would not be affected as it has independence over income tax rates.

“The risk is that firms looking to bid for public contracts will move towards reward packages that rely more heavily on non-pay elements such as share options. This would likely decrease transparency and make it even harder to draw a clear link between executive reward and corporate performance,” he added.

“It would be better for the next government to require publicly-listed companies to publish their pay ratios, in order to shine a light on the link between high pay and performance, and also ensure that executives are more accountable to their shareholders and employees.”

Labour has said it will keep the apprenticeship levy, which came into force last month, but would ring-fence £440 million of funding for small and medium businesses who do not pay the levy. It would also set a target to double the number of completed apprenticeships at NVQ level 3 by 2022.

It would also give employers more flexibility in how the levy is deployed, including allowing the levy to be used for “pre-apprenticeship programmes”.

It would create a unified National Education Service (NES) for England to move towards “cradle-to-grave learning that is free at the point of use”. The NES would be built on the principle that “every child and adult matters” and will incorporate all forms of education, from early years to adult education.

In relation to employees’ access to childcare, Labour would: extend the 30 free hours to all two-year-olds; subsidise top-up childcare such that all have access regardless of their working pattern; move towards making some childcare available for one-year-olds; and “extend maternity pay to 12 months”.