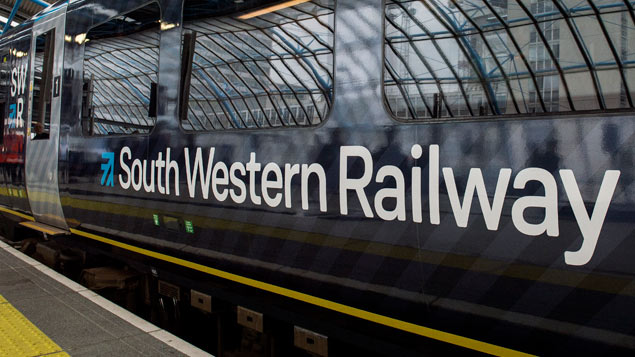 Guards and train drivers for South Western Railway began a five-day strike today (18 June) – the latest walk-out in a long-running dispute over the role of guards on trains.

The Rail, Maritime and Transport Union (RMT) claimed the rail operator had failed to provide assurances that its new operational model would not see drivers take control of train doors, which the RMT believes is a safety issue and would see the role of the guard “carved up completely”.

Its guard and driver members employed by SWR will remain on strike until Saturday – action that has already resulted in disruption for commuters and those travelling to events including Royal Ascot.

At the heart of this dispute, and others, is protection of jobs and expensive terms and conditions of long serving railway employees,” – Andy Cook, Marshall-James

In February, SWR pledged that each passenger train would operate with a guard with “safety critical competencies”, which allowed RMT to suspend industrial action that had been scheduled. However, the union’s general secretary Mick Cash said the parties had failed to come to an agreement since then.

“For more than three months we have sought to negotiate a conclusion to this dispute and it is wholly down to the management side that the core issue of the safety critical competencies and the role of the guard has not been signed off. It is because of that crucial failure by SWR that we have had no option but to lift the suspension and move back into strike action,” said Cash.

However, Andy Cook, CEO of employee relations firm Marshall-James, said it was misleading for the union to claim the dispute was about health and safety. Rather, he said, it was about the rail industry being “resistant to any kind of change”.

He said: “At the heart of this dispute, and others, is protection of jobs and expensive terms and conditions of long serving railway employees.

“Driver-only trains have been in existence and working safely on many lines in the UK – the unions know that the more they are seen to give in to change, the less people are ultimately employed and that means less union members. In other words, they lose their stranglehold on one of the last industries where unions can cause huge impact.

“Rail companies are faced with a choice; to push through with changes that to most people are sensible to allow for efficiency and better value, or to give in and continue to operate an antiquated, old fashioned service where technological advances must stay on the shelf.”

An SWR spokesperson said: “It’s very disappointing that despite having had dates in the diary for what we hoped would be further constructive talks, the RMT union decided to call disruptive strike action over the course of five days.

“The RMT has always said it wanted us to keep the guard on every train which is what we have offered as part of a framework agreement.”