Surrogacy: Europe paves way for both mothers to get maternity rights 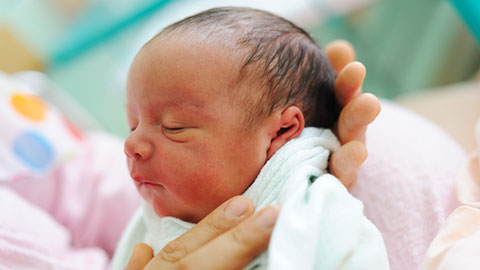 Both a surrogate mother and the intended mother should be given maternity pay and leave according to the Advocate General’s opinion published by the European Court of Justice (ECJ) yesterday.

The opinion, which may or may not be confirmed by an ECJ judgment, relates to a referral to the court by the Employment Tribunal in Newcastle-upon-Tyne in the case of CD v ST.

The claimant brought a tribunal claim under the Equality Act and Maternity and Parental Leave Regulations after her employer rejected her application for adoption pay and leave.

The Advocate General said the intended mother should have the right to receive maternity leave if the woman takes the child into her care following birth, so long as the conditions for surrogacy in the EU memebr state have been met. Many EU countries prohibit surrogacy arrangements.

Stephen Simpson, senior employment law editor at XpertHR, said: “It is important for employers to bear in mind that the Advocate General opinion is not the final decision in this case. The ECJ is under no obligation to follow the Advocate General’s views, and indeed it hasn’t always in the past. And anyway, the Government has already promised to amend UK maternity laws to take account of mothers in a surrogacy situation.

“For these reasons, employers would be advised to hold off for now amending their maternity and adoption leave policies, especially given that we don’t know exactly how the UK Government is going to format the changes to the legislation.”

Hogan Lovells employment partner Elizabeth Slattery said: “This opinion is significant as there are no uniform rules on surrogacy across the EU, not least because it is prohibited in some member states. Even though surrogacy is allowed in the UK under certain conditions, and parental rights can be acquired by intended parents through a parental order, there are no specific rules on maternity or paternity leave for intended parents.”

Emma Burrows, head of employment at Trowers & Hamlins, said “The UK Government stated last November that intended parents in surrogacy arrangements who are entitled to and intend to apply for a parental order will become eligible for adoption leave and pay, and for flexible parental leave and pay provided, in both instances, that they meet the qualifying criteria. These reforms are due to come in in Spring 2015. The rights to adoption leave and pay mirror those of maternity leave and pay.”