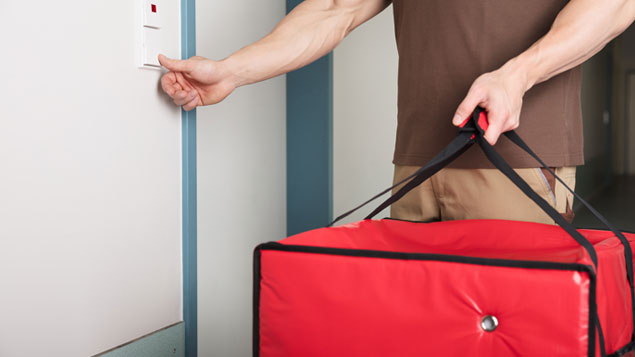 Gig economy workers, for example those working in food delivery, could pay tax as they earn

The Office for Tax Simplification (OTS) has suggested gig economy firms should deduct tax from the earnings of self-employed workers in a system similar to PAYE.

The OTS said it was concerned by the tax implications of the rise in self-employed workers and asked the government whether online platforms, such as taxi or food delivery firms, could deduct tax from earnings to “fulfil the tax obligations of their workers”.

It said this would not change the employment status of the worker, and would remove the requirement for such workers to complete a self-assessment tax return. It would make the collection of tax more efficient, it claimed.

Its research paper – Platforms, the Platform economy and Tax Simplification – stated that there were around five million self-employed workers across the UK – 1.3 million of whom work in the gig economy.

OTS tax director Paul Morton said: “The development of the gig economy and new ways of working through online platforms has profound consequences for the employment landscape.

“The idea of ‘PAYE for platforms’, which so far as we know has not been suggested before, would be optional. However, for those who chose it, it would remove the administrative burden from these individuals, who can be some of the most vulnerable in the labour market and mean that they should not get an unexpected tax demand at the end of the year.”

“The real danger here is that solutions around employment status for tax become fragmented. We’ve recently seen this with the roll-out of off-payroll rules for the public sector that didn’t apply to the private sector, thus creating an uneven playing field.”

Samantha Hurley, operations director at recruiter association APSCo, expected the OTS’s recommendations would feed into a current HMRC consultation on off-payroll working in the private sector.

“While withholding tax was suggested as an option in a previous consultation, HMRC has ruled this out telling us that they feel that a system of withholding tax from everyone and then expecting those who were genuinely self-employed to claim back wrongly paid tax, would be inherently unfair,” she said.

“This new OTS recommendation is of course slightly different in that it suggests withholding tax from workers who are, in fact, determined as self-employed. Consequently, it is likely that the end client would need to undertake a status determination.”