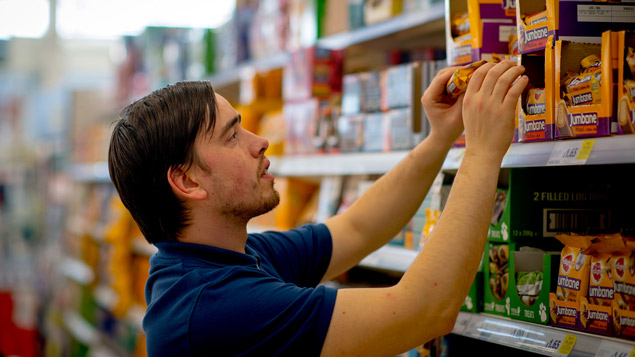 Just a fortnight after it emerged that Tesco might be facing a £4bn equal pay bill, the supermarket has published a gender pay gap which is better than many commentators had expected.

The retailing giant posted a median gender pay gap – the first of the big four supermarkets to do so – of 8.7%, significantly better than the national average of 18.4% calculated by the Office for National Statistics.

Tesco’s gender pay gap is its first to be published under the mandatory reporting rules, which came into force last April for companies employing 250 or more staff. But it has been reporting its data voluntarily since 2012.

Tesco’s UK and Ireland chief executive Matt Davies said: “While we’re pleased that our gender pay gap of 8.7% is significantly below the UK median, we want to close the gap altogether.”

The retailer’s analysis of its pay data identified two key reasons for its gender pay gap. Firstly, that male employees are more likely to choose to work shifts that attract a pay premium, such as working nights, bank holidays and Sundays.

Tesco said that its median gender pay gap is just 2.7%, if adjusted for these pay premiums.

Secondly, it employed a lower proportion of women in senior roles than men. Davies said: “I’m pleased that we are making progress in this area and exceeded our own target of 25% women on the board by the end of 2017. But we know there is more to do when it comes to other leadership roles in our business.”

This imbalance of seniority is reflected in Tesco pay quartiles. Its lower pay quartile comprised 32.4% men and 67.6% women, while its upper quartile consisted of 59.3% men and 40.7% women.

Tesco’s median bonus pay gap information showed that men are paid 27.0% more than women, or 42.6% when measured at the mean.

In a statement, chief financial officer Alan Stewart, said that the gender pay gap regulations require the bonus calculation to be based on the actual hours worked without taking into account part time working.

“When we analysed the bonuses of full- and part-time colleagues on an equivalent basis – that is, taking into account pro-rating for part time colleagues – the overall bonus gap was lower (7.1%) which is similar to our overall gender pay gap,” he explained.