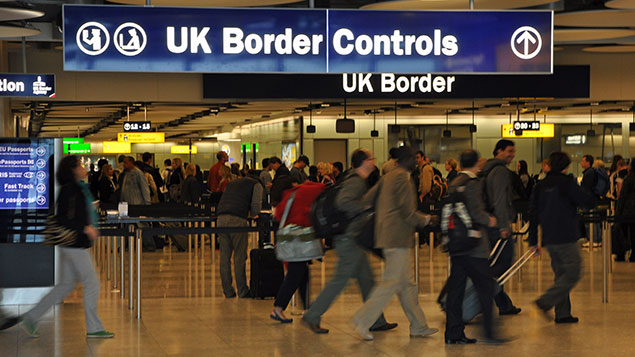 The number of EU citizens leaving the UK has reached its highest point since 2008, according to the latest migration numbers from the Office for National Statistics.

Nicola White, the Government’s head of international migration statistics, said “Brexit could well be a factor” in the drop in net migration, but she added that decisions to move were complicated and could “be influenced by lots of different reasons”.

She said: “With record employment rates – and without access to EU workers – firms are unable to get the staff they need to grow. For business, this issue is as important as our future trade deal with the EU.

“Training British workers isn’t enough on its own, nor is just hiring from overseas – business needs both.”

She said: “A further fall in net migration may seem to be good news for those with concerns about immigration, but in reality it underlines a growing skills shortage impacting on businesses and public services.

“Behind every official statistic showing more workers leaving the UK and fewer arriving, the real story is vacancies unfilled and business potential unrealised. Skilled EU nationals choosing to pursue opportunities outside the UK is not a success story for the UK.”

Ian Brinkley, acting chief economist at the CIPD, said: “If this decline continues, then there is a risk of skills shortages in the future. Organisations need to give serious thought to how they will invest in their skills and training in order to plug the gaps created by restrictions on migrant labour.”

Earlier this week, the CIPD/Adecco Group Labour Market Outlook showed that migration restrictions might not be the catalyst employers need to improve investment in skills.

Brinkley added: “The Government needs to encourage greater investment in skills and training, for example by making the apprenticeship levy into a much more flexible training levy that will help organisations develop the skills they need.”

Tom Hadley, director of policy at the REC, said the figures were “very worrying”.

He said: “This latest drop in the number of EU workers coming into the country will put a further strain on employers. We are already battling with skills shortages and this is a challenge for the whole labour market, at both graduate and non-graduate level.

“Government can’t ignore any longer that Brexit is having an effect on the workforce. We urgently have to turn things around and make sure that EU workers still want to come to the UK.

“Employers need clarity so they can plan for the future and be able to invest in the growth of their businesses. We urge the Government to come up with a post-Brexit immigration strategy that is based on evidence and will give businesses access to the workers they rely on. And this needs to include temporary and seasonal workers.”

Devine added: “The biggest concern is the ongoing uncertainty employers face as the Brexit deadline of March 2019 approaches.

“With Government now not due to publish proposals for the post-Brexit migration system until the end of 2018, employers are having to plan for any scenario and a number of businesses have already begun transferring some of their business functions overseas.

“While this may prove to be unnecessary once the new rules are known, businesses cannot hang around and wait, they have to plan now for the next several years.”