Tipping point: where employers stand on gratuities and service charges

By Rory Brogan on 10 Nov 2015 in Tips and gratuities, Trade unions, Minimum wage 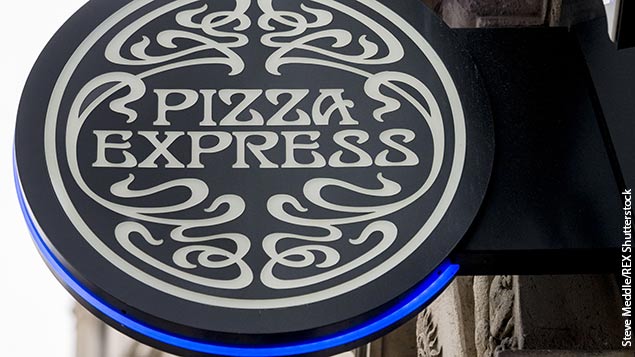 Big-name restaurants have come under attack recently for their unfair tipping policies, ranging from allegations that management take a percentage of tips, to service charges that never made it to waiting staff’s pockets. Rory Brogan explores the issues for employers whose staff receives tips.

Last month Wahaca came under fire for charging staff a 3.3% fee on tips left on card sales and 0.075% on cash sales, regardless of how much money waiting staff made from gratuities.

The Mexican-style restaurant chain was criticised for effectively charging its staff rent to work, and this criticism came on the back of a long list of stories over the summer highlighting unfair administration fees and a lack of service charge transparency.

“It doesn’t help with their lifestyle, in getting a mortgage, bank loans or going on holiday, when they miss out on tips” – Dave Turnbull

As a result of the spate of negative coverage, business secretary Sajid Javid launched a call for evidence – Tips, gratuities, cover and service charges – which closes this week, to examine whether or not action was needed to ensure employers were not withholding tips other than admin and payroll transactions. It is also considering whether or not the voluntary code of practice, introduced in 2009, is in need of updating.

“When a diner leaves a tip, they rightly expect it to go to staff. In full,” said Javid when launching the investigation. “I’m concerned about recent reports suggesting some restaurants pocket tips for themselves. That’s just not right.”

Dave Turnbull, regional officer at Unite, believes that the code is too weak and needs to be strengthened and that HM Revenue & Customs’ rules on troncs – the funds into which tips are paid for distribution to the staff – also need to be examined. “There are too many loopholes that let the employer control it, rather than the staff,” he said.

Unite, which has run a Fair Tips campaign for the past seven years, is also meeting with hotel and casino workers where, according to Turnbull, there are also issues that need scrutinising.

“We ensure that all of the service charge goes to the staff in the restaurant where it is given. It is entirely the customer’s choice whether or not they choose to pay this service charge and can ask for it to be removed.”

The Côte accusation followed hot on the heels of condemnation of Pizza Express for introducing an 8% administration fee on tips paid by card. The charge was subsequently dropped in September, following opposition from Unite and staff, and negative media coverage.

The 2009 guidance wasn’t strong enough, and I wonder if it needs to be legislated to have any chance of proper implementation” – Kalpana Murthy

Turnbull, who was involved in the Pizza Express protest, said: “A major problem is that employers still believe that credit card tips and the service charge is theirs to do with as they please, and they were a bit peeved to be caught out in the summer. We suspect they will look to other ways to make it up.”

In August, over 90,000 people signed a petition calling for the Las Iguanas chain to abandon a rule where staff paid back 3% of table sales tips, rising to 5.5% in its London restaurants.

Announcing the dropping of these charges in September, managing director Mos Shamel said that 100% of tips would be distributed in full among hourly-paid staff at its restaurants. This followed a confidential staff survey where 42% wanted an automated tronc system and the change brought Las Iguanas into line with its parent company, Casual Dining Group.

Turnbull said waiters wanted to be paid a proper wage by their employer and not have the minimum wage and rely on tips. “It doesn’t help with their lifestyle, in getting a mortgage, bank loans or going on holiday, when they miss out on tips. Their work can be subject to seasonal trends and drops in tourism, for example.

“They would much prefer a decent living wage and if customers want to tip for good service that would be welcome. Most workers believe the employers pay the lowest wage and expect that customers will subsidise staff income through tips, which is a precarious situation to be placed in.”

For former city employment lawyer Kalpana Murthy, contributing editor to XpertHR, the main problem is confusion among the public about the legal position on tips. “Before October 2009, tips and service charges paid by the employer through its payroll could be taken into account when calculating whether an employee had received the national minimum wage (NMW).

“When this changed, it seems that there was a lack of clarity as to what this meant. Just because tips could no longer be used to make up NMW when paid through a credit card, did not mean employees were entitled to receive it,” she said.

Proud to be tip free

One solution emerging in the US that ensures transparency, is to do away with tipping altogether. As an example, San Francisco restaurant Zazie was one of the first to introduce a tip-free model, whereby 20% is added to the cost of food, so that benefits such as health insurance and paid sick leave can be passed on to employees.

Owner Jennifer Piallat explained that Zazie went tip free when San Francisco voted in a $15 per hour minimum wage. “All of our kitchen staff already made $15 or more per hour, so the raise was going solely to the waitstaff, who average over $50/hour with tips.

“It was frustrating because it took away my ability to give my kitchen raises by increasing my spending on waitstaff by 50%. So we raised our prices, eliminated tipping, and divided the 20% increase between kitchen and waitstaff, while paying everyone $15/hour.”

While it did not entirely level the pay, she said it was certainly better than just giving the waiters a raise.

Piallat described customer reception as great. “People love not having to do maths at the end of a nice meal, and not having to judge their service. They still leave a little cash sometimes, which goes fully to the server, but only when the server goes above and beyond the call of duty.”

It’s the ultimate kick in the teeth for both customers and waiters, if money paid in good faith for an enjoyable dining experience does not reach its intended target” – Mark Linehan

Whether or not the tip-free model will make it to the UK remains to be seen, but one company that has moved to scrap the tronc administration fee on credit and debit card transactions is Byron, which now covers the cost of running the standard HMRC tronc scheme.

“It’s important to us that we do things properly, which means continually listening to our staff and reviewing our policies and procedures, including those around pay and tipping,” said a company spokesman.

On whether or not it would consider following the tip-free route, he said Byron currently had no plans to do so, but it would regularly review its policy in close consultation with its staff and customers.

“We always want to be transparent about decisions that affect our staff and our new approach keeps things clear and simple: all cash tips go directly to the waiter looking after the table.

“All tips on credit or debit cards are distributed among waiters, bar and kitchen staff, after mandatory deductions for the tax man,” he said.

Mark Linehan, managing director of the Sustainable Restaurant Association, pointed out that consumer research conducted last year showed that of all sustainability issues, treating staff fairly was the top priority for diners.

“Our take on the ongoing service charge and tips story has a couple of key elements which chime neatly with two of our 14 key areas of sustainability – treating people fairly and responsible marketing,” he said.

“There’s been a lot said in recent months about the skills shortage in the hospitality sector and how the industry needs to professionalise if it wants to be seen as an attractive long-term career option. Charging staff administration charges on their tips or using tips and service charges to pay higher than industry average wages, is not the way to do that.

“Secondly, restaurant customers crave transparency. Perhaps naïvely, they believe all the money they leave goes to their waiter, or that maybe it is shared out evenly among the staff who have contributed to their experience.

“Service charges are optional and discretionary and so a continued failure to match these expectations by communicating clearly, will be bad for business as, ultimately, diners will refuse to pay them,” he added.

Another bonus of treating staff well was that the restaurant would have a motivated workforce who kept customers happy and coming back through the door. “It’s the ultimate kick in the teeth for both customers and waiters, if money paid in good faith for an enjoyable dining experience does not reach its intended target,” said Linehan.

For clarity in tipping to be achieved, Murthy believes several changes are needed. “Firstly, there needs to be clear, and widely circulated guidance as to how tips paid in cash should be treated, for example divided between all staff including the kitchen.

“Secondly, I feel that when we pay service charges by credit card, we should know what the amount is being used for exactly. There is an urgent need for more transparency, and I think the fairest option would be for tips paid by credit card, and we are increasingly going cashless, to be given back to staff after the deduction of a legally capped administration charge.”

The consultation was a great opportunity to redress this imbalance, she said. “The 2009 guidance wasn’t strong enough, and I wonder if it needs to be legislated to have any chance of proper implementation.”

One Response to Tipping point: where employers stand on gratuities and service charges