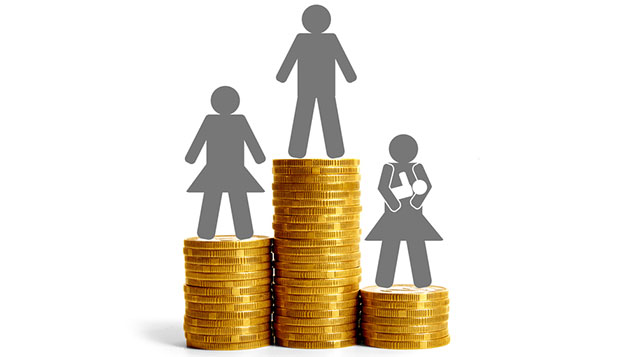 Solicitor Michael Goitein looks at the steps employers can take to prevent finding themselves on the wrong side of an equal pay claim.

Official figures presented by the TUC show that there is currently a 19.9% pay gap between men and women in the private sector. In some jobs that pay gap is three times larger than the £5,000 average reported by The Guardian. For employers, these new figures should be worrying – both in terms of possible equal pay claims that could be brought by employees if such a gap exists in their organisation and in terms of the compulsory equal pay audit that might be ordered by a tribunal, once the new legislation arrives, if the employer is found to have breached equal pay law.

The Equality Act 2010 implements the principle that men and women should receive equal pay for equal work. Moreover, the Act operates to insert “equality clauses” into employment contracts so that a woman enjoys the more favourable terms that a man does in the same employment doing equal work. If they do not receive the same pay, for example, an employer could be faced with an equal pay claim under the Act. According to Acas, if a woman can prove that she is doing similar work to a man and is being paid less she will likely succeed in her claim, and a tribunal will order that her pay is increased, her terms improved and possibly also that she receive back pay.

If a claim is brought, an employer may have a defence if they can show that the difference in pay was not gender based, but rather a “material factor” – in other words, a reason that is, in essence, not related to the difference in gender. This could be length of service, market forces, past performance or geographical reasons, to name a few. Even if such a factor exists, however, that is not necessarily the end of the issue.

Employers should note that if this material factor puts women in general at a disadvantage – such that there is indirect discrimination – they would still have to be able to objectively justify the factor and show that it is a justifiable reason for the difference in pay. This means that the employer would need to show that the material factor corresponds to a real business need, is a proportionate means of achieving a legitimate aim and is necessary to achieve that aim.

A more straightforward approach might be for employers to implement procedures within their organisations that would help minimise the risk of a claim being brought in the first place. Under proposals for the new legislation, if such procedures have been carried out by the employer within the past three years the tribunal may decline to order a compulsory equal pay audit.

There are a number of measures employers could adopt to ensure that their organisation treats men and women equally, and these are discussed briefly below.

A JES is a process whereby jobs are ranked and then grouped into salary bands. All jobs within a band receive a level of pay commensurate with that band. Jobs within a given group would be rated as “equivalent” for the purposes of the Act, ensuring that equivalent jobs award equal levels of pay regardless of the employee’s gender.

A JES is likely to be the most comprehensive way an individual employer can address pay inequalities within its organisation. It also helps to form a basis for a fair pay system and provides a hierarchy of jobs that is free from discrimination, thereby significantly lessening the risk of a claim being brought. It will also involve considerable participation on the part of the employees so that they feel the system is fair and have an understanding of the basis on which the jobs are to be evaluated.

In its guidance booklet on job evaluation, Acas points out that job evaluation is a complex process that involves risk, and therefore relevant expert guidance will be necessary to ensure it is carried out properly.

An alternative procedure to a JES is for an employer to conduct an equal pay audit. This audit will reveal any discrepancy in pay between genders and allow the employer an opportunity to set these right. The Equality and Human Rights Commission (EHRC) has produced a quick start guide for small and medium-sized businesses to assist in these audits. For example, it recommends that for a “20-person business with five different jobs” it would take no more than half a day to carry out such an audit, provided the employer knows the jobs well and has easy access to payroll and personnel records.

If, following the audit, an employer finds that there are differences in pay, they need to justify those differences. For this to be successful in defeating a claim, employers need evidence – a simple “feeling” that one job is worth more in terms of pay than another will not suffice to justify the pay discrepancy. If pay gaps are found that cannot be justified, the EHRC recommends that employers deal with this immediately.

As with all things, carrying out a review of pay systems brings with it the risk that employees may bring a claim for back pay once an unjustified pay discrepancy is discovered. However, this risk should not detract from the need to lessen possible claims being brought by taking one of the approaches outlined above.