Do Tory plans strike a blow against industrial action? 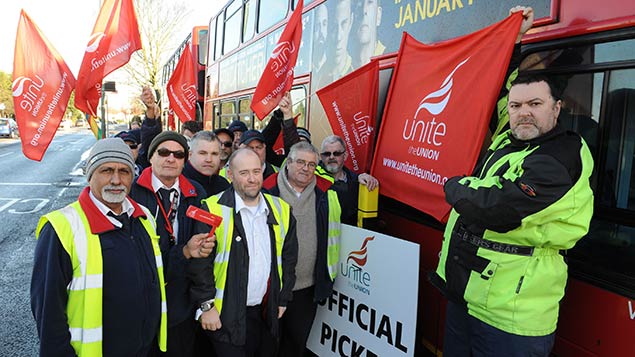 The Conservatives have indicated that their manifesto for the 2015 general election will include a tougher stance on strike ballots, something that the unions say is unfair and unnecessary. Jawaid Rehman looks at the proposed changes to the law and the practical ramifications of any changes.

In February 2014, a two-day strike on the London Underground brought the city to a standstill, and an ongoing dispute involving London bus drivers threatens more strikes. The Conservatives have reacted strongly, promising to include in their 2015 manifesto measures to toughen current strike laws. However, trade unions argue that such strikes are simply a product of harsh economic times and that a “clamp down” is both unnecessary and unfair.

Current rules
The current rules governing industrial action are set out in the Trade Union and Labour Relations Act 1992. There are strict procedural requirements and rules that govern matters such as the notification to members of a ballot, the voting process, the notification of results and any planned action.

Many unions argue that current legislation is already restrictive enough – for example, one recently argued in the European Court of Human Rights that the present rules infringed freedom of association. While this case was unsuccessful, it is indicative of a view among employee representatives that strike action in the UK is already tightly regulated.

However tight the current regulations are, this was not enough to prevent the recent London-wide bus drivers’ strike by Unite members, and further strikes are planned. The City’s bus routes are contracted out to a number of different operators where wages reportedly varied by up to £3 per hour. As a result, the bus drivers are striking for equal pay.

Strikes over pay could become more common as a direct consequence of the media coverage of equal pay litigation in the public sector. Employees in other sectors are now prepared to question the fairness of their pay or consider bringing a claim against their employer. However, in order to bring valid equal pay claims, there are fundamental requirements and hurdles to overcome and therefore strike action may instead be the preferred option.

To tackle the threat of industrial action (particularly in certain sectors), the Conservatives have promised to include the following in their 2015 manifesto:

An end to strikes?

The first two of these proposals have attracted the most attention and will be welcomed by some employers – the more stringent the rules on striking lawfully, the fewer days will be lost to industrial action. However, the TUC has stated that this would render lawful strikes “close to impossible”, as the 50% threshold seems to be out of reach in most cases. Indeed, the aforementioned bus drivers’ strike would not have met these requirements.

If a strike mandate is more difficult to secure, then Unions may be more willing to engage in meaningful negotiation and discussion. Calling a ballot may become a last resort and, as a result, we may see a greater emphasis on existing dispute resolution procedures. On the other hand, it may lead to an increased incidence of unlawful strikes, resulting in problematic disciplinary and other management issues. The reputational damage could be even worse.

We will have to wait and see whether or not these proposals ever come to fruition. They would only potentially be enacted if the Conservatives succeed at the general election.

Jawaid Rehman is a partner in the employment and pensions team at Weightmans LLP.
View all posts by Jawaid Rehman →
Previous Article
Next Article