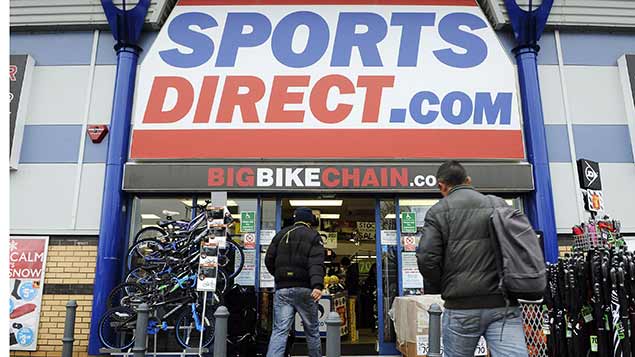 Almost 300 Sports Direct employees are to make a claim against the company after they were excluded from a bonus scheme because they were on zero hours contracts.

Individual claims are thought to be worth around £36,000 each, although the highest could be worth more than £100,000, it has been reported. In total, it could face costs of almost £10 million if the claims are successful.

The employees were excluded from a bonus scheme that paid out around £160 million in shares to 2,000 of its permanent workers in 2013.

A group of around 30 workers will be the first to seek compensation, having approached law firm Leigh Day, which has also acted on behalf of Asda workers on equal pay claims.

The lawyers claim that the Sports Direct employees on the zero hours contracts are due more than £1 million in compensation after missing out on the bonuses. All of them have a minimum of five-and-a-half years’ employment at the company, despite being on the controversial contracts.

A further 268 workers have approached workers’ rights group Pay Justice to seek compensation on their behalf, and are thought to have worked for the company for even longer.

This is not the first time the sports retailer has come under scrutiny for its hiring practices. Last October, it was forced to rewrite all job adverts and employment contracts after an employee brought a claim for sex discrimination, unfair treatment and entitlement to holiday pay.

Zahera Gabriel-Abraham claimed she and hundreds of others at the company were receiving less fair treatment because they were not able to guarantee work hours under zero hours contracts. Sports Direct settled out of court.

Zero hours arrangements have become a key political focus for both the coalition Government and the opposition, and the debate will continue to heat up in the run-up to the general election, as XpertHR consultant editor Darren Newman discusses here.

The Department for Business, Innovation and Skills has banned exclusivity clauses as part of its Small Business, Enterprise and Employment Bill, meaning that workers are not tied in to one employer if they feel they are not getting enough guaranteed hours.

Meanwhile, Labour leader Ed Miliband has vowed to put an end to the exploitation of workers on zero hours contracts, but has not proposed a total ban.