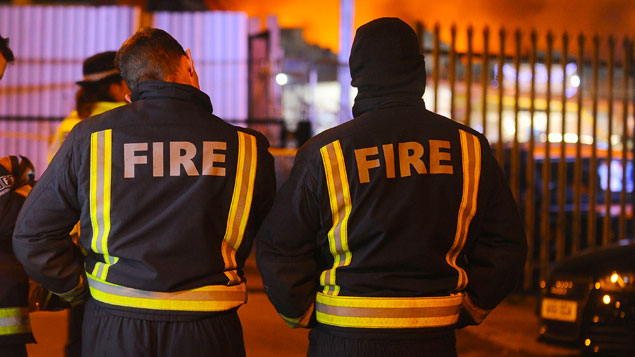 Prison terms for individuals who assault emergency workers will increase from six months to a year under a new law that comes into force in November.

The Assaults on Emergency Workers (Offences) Bill creates a new offence of assault against an emergency worker, including police officers, firefighters, paramedics and search and rescue workers. It also includes prison officers.

The law already covers attacks on police officers, but the Bill will introduce similar protections for other emergency workers and any unpaid volunteers assisting them.

Tougher sentences will also be considered for more serious offences such as GBH and sexual assault if the victim is an emergency worker.

According to the Ministry of Justice, there have been 26,000 assaults on police officers and more than 17,000 attacks on NHS staff in the past year.

There was also a 70% increase in attacks on prison officers in the three years to 2017 and an 18% increase in assaults on firefighters over the last two years.

Figures from Unison earlier this year revealed that the biggest increase in assaults on NHS workers between 2015/16 and 2016/17 was in acute care. Attacks on accident and emergency staff were up by 21%.

Chris Bryant MP, who put forward the private members bill that is receiving Royal Assent today, said: “The growing tide of attacks on emergency workers – including ambulance workers, NHS staff, fire officers, prison officers and police – is a national scandal. All too often attackers get away with little more than a slap on the wrist.

“I hope this new law will help put a stop to that attitude. An attack on an emergency worker is an attack on all of us and attackers should face the full force of the law. Now it is for the prosecuting authorities and the courts to play their part in putting a stop to the violence, so that emergency workers can get on doing their job in peace.”

Kim Sunley, national officer at the Royal College of Nursing, said assaults are “a fact of life” for many healthcare workers.

“The RCN has campaigned tirelessly for this law,” she said. “Our negotiations have ensured it covers as many healthcare workers as possible, including community and district nurses, and alongside other emergency workers’ representatives we successfully expanded the scope of the bill to include sexual assault.”

The Ministry of Justice is also looking at measures to better protect prison officers, including body-worn cameras, improved handcuffs and restraints and a trial of incapacitant spray.

One Response to Tougher sentences for attacks on emergency workers