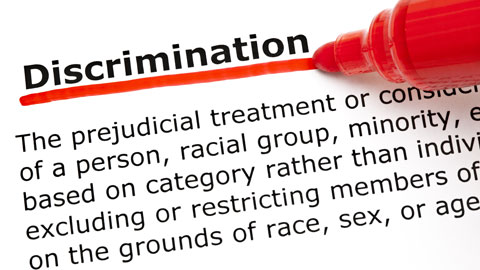 An employment tribunal has found that a manager’s use of the words “kid”, “stroppy kid” and “stroppy teenager” amounted to harassment, after a young worker brought an age discrimination claim against her employer.

The employee, Ms Roberts, had a job at a high-street loans outlet store and was recruited despite initial reservations about her lack of experience.

After joining, Roberts was due to be trained by a colleague, Ms Peters, on the company’s procedures, but after a few weeks the training took the form of a written document that set out tasks Roberts was required to see to when coming into work.

The tribunal accepted that these written notes were “informal to the point of unprofessionalism” and that Peters was “not tolerant of, or patient with, the shortcomings of others or of the claimant”.

The colleague accepted that Peters had referred to Roberts as a “kid”, “stroppy kid” and “stroppy teenager” and had compared Roberts to her own teenage stepchildren.

Peters had become “convinced” that Roberts was incapable of doing the job and prepared a file on her “incapability”. On Roberts’ return from a holiday, she was called into a meeting without notice and dismissed on the spot.

Subsequently, Roberts brought a number of tribunal claims including age discrimination and unfair dismissal, although the latter was rejected because of insufficient service.

The employment tribunal found that the lack of a dismissal procedure was not influenced by Roberts’ youth, but found that some of the language used by Peters amounted to harassment on grounds of age.

Despite the “teenager” term being factually correct, it was found that it could be used to express a subjective value statement. In addition, the word “kid” was considered as potentially judgmental.

The tribunal concluded that, when Peters referred to Roberts’ age, it was done in a judgmental way. In doing so, the tribunal found she harassed Roberts using a stereotype that was related to the protected characteristic of age.

XpertHR has full coverage of this ruling, as well as an employment law manual on age discrimination.