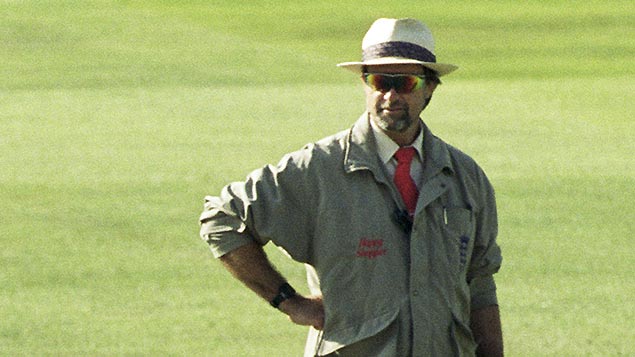 An employment tribunal has rejected the age discrimination claims brought by two former cricket umpires, who were removed from their posts after reaching an “expected retirement age”. Stephen Simpson rounds up employment tribunal decisions reported in the past week.

The claimants were removed from the first-class umpire list when they reached the ECB’s “expected retirement age” of 65.

What is the employment status of football referees?

Their union, Prospect, was disappointed by the judgment. It explained that the tribunal accepted that the pair had been treated less favourably because of their age, but concluded that the treatment was justified because the ECB wanted to ensure opportunities for succession planning and appointing new umpires.

The ECB had also argued that the decision was justified because it wanted to maintain dignity by not having to dismiss umpires because of a decline in performance at some point in the future. However, the tribunal did not accept that this reason would have justified the umpire’s retirement.

TUC ordered to compensate Merseyside mum “forced from job” after having third child
A mum of three won compensation after being “forced out” of her job at Britain’s trade union federation when she returned from maternity leave, reports the Liverpool Echo.

Tribunal rules for Wrexham Council employee over increase in work
An employment tribunal judge has ruled in favour of a woman who felt forced to resign after Wrexham Council increased her workload, according to the North Wales News. The local authority has been ordered to pay more than £8,000 in compensation and fees.