TUPE and service provision change: What happens if a service is fragmented? 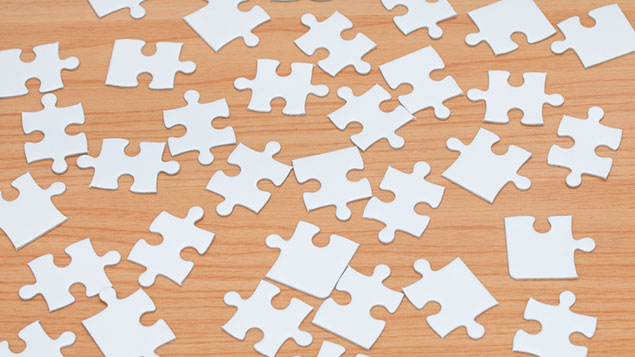 Service provision change is a notoriously thorny area of TUPE transfer law. But it can become even more complex where services are broken up among multiple suppliers, as TUPE expert Dr John McMullen explains.

In a TUPE transfer, a service provision change occurs when activities carried out by one provider on behalf of a client are taken over by a new provider.

This is the case as long as there was, immediately before the change, an organised grouping of employees whose principal purpose was to carry out the relevant activities for the client.

In principle, TUPE may still apply, but not, the case law tells us, where the services are fragmented and randomly allocated among new or existing providers as a result of the change.

This was the subject matter of the recent EAT decision in Carewatch Care Services Ltd v Henry.

Sevacare had a contract with the London Borough of Haringey to provide care to the borough’s residents.
Sevacare’s homecare support assistants provided care to adults in their homes, under contracted packages of care to 168 service users.

The care workers were asked to deliver specified care, and were allocated to service users and placed on the rota maintained by Sevacare.

Workers were commonly allocated to particular individual service users to ensure continuity of care, trust and efficiency of care delivery. Sevacare rarely allocated business to the Haringey team of carers outside Haringey Borough.

But Sevacare gave notice to the council to terminate its contract. The council could, of course, have appointed a single replacement provider to take over that contract. Had it done so there probably would have been a service provision change TUPE transfer and Sevacare’s employees would have TUPE’d over to the new contractor with full protection.

However, instead the council reallocated the service users to other existing providers, including London Care, Carewatch and others, largely on the basis of postcodes.

It undertook due diligence to establish which carers were allocated to which service users according to the rotas that had been prepared for a six-week period prior to the handover.

In some cases all of the carers went to the same provider but in other cases there was a split between one or more providers. The Employment Judge concluded, though, despite this deliberate break up of the service, that there had been a TUPE transfer.

London Care and Carewatch advanced three main grounds of appeal: firstly that the judge should have found that the relevant activity was so fragmented as to preclude any finding of a service provision change; secondly that the judge had erred in concluding that the activities were carried out pre-transfer by an organised grouping of employees which had, as its principal purpose, the carrying out of the activities concerned on behalf of the client and finally that the tribunal had falsely reached the conclusion that each claimant was assigned to such an organised grouping.

The initial tribunal’s finding was that the activity transferred was “the provision of adult homecare to individual service users in accordance with care plans”.

But according to the EAT, it should have considered whether there was fragmentation of the activity amongst the new providers.

There was no evidence that one contractor took on the majority of the work; and in relation to a number of employees it was difficult to establish where the employment should transfer, given that various service users went to different contractors post-transfer

But the fundamental flaw in this approach was that this confined her consideration to the purpose of such a grouping without first considering whether any grouping existed in the first place and, if so whether it had intentionally been formed.

Because of these two flaws it was unnecessary to consider the third and final issue of assignment.

The reminds us in clear terms that there may be a problem in finding a service provision change where an outgoing provider’s work is randomly allocated among a panel of new or existing providers.

In such a case, the employees working in that service are left without TUPE protection.

Another good piece of case law on this is the EAT’s decision in Clearsprings Management Limited v Ankers. This involved the National Asylum Seekers Service, the function of which was to provide accommodation for asylum seekers.

Contracts were awarded to contractors to provide this service. In the North West there were four such service providers, including Clearsprings. On the expiry of the contracts the service was re-let. Three contractors (but not Clearsprings) were appointed.

The asylum seekers looked after by Clearsprings were randomly allocated to the incoming contractors. The EAT held that the activities were so fragmented on their random reallocation amongst multiple providers that the service provision rules were not engaged.

Employees lose TUPE protection in these fragmentation exercises, and this is surely a defect in the otherwise broad protection given to them by service provision change rules when their employer loses a contract on which their employment depends.