How does TUPE apply when an employee asks to be transferred? 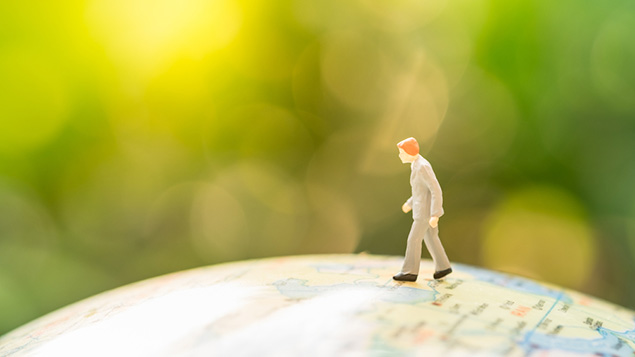 When a business or service is transferred outside the UK, affected employees often take redundancy. But what happens if an employee asks to be transferred to the outsourced offices? Dr John McMullen looks at the application of TUPE in these circumstances.

Do the TUPE regulations apply where a business or service is transferred outside the UK? In the 2008 case of Holis Metal Industries Limited v GMB, the Employment Appeal Tribunal (EAT) confirmed they do. In that case the affected employees were offered jobs in Israel, but took redundancy instead.

But what happens where an individual has asked for the transfer? This was the situation in the recent EAT case Xerox Business Services Philippines Inc Ltd v Zeb.

Mr Zeb was employed as a commercial executive in a finance accounting team by Xerox UK (X UK) in Wakefield.

His contract provided for his work location to be “Leeds or Wakefield” although at the material time, he was employed at a business park at Wakefield near junction 41 of the M1.

Xerox decided to move some of the accounting team’s work offshore, choosing to move the finance accounting team function from X UK in Wakefield to Xerox Business Services Philippines Inc, in Manila.

The employer accepted that TUPE applied. It told employees that they had a choice, in that they could formally object to the transfer.

If so, their employment would not transfer to X Philippines but they would be made redundant on more generous terms than the law required.

If they did not signify objection, they could transfer for X Philippines but only on local Philippines terms and conditions, and they would be paid a statutory minimum redundancy payment from X UK, as it would have no requirement to carry out the transferring work in the UK after the transfer.

Zeb wanted to make the move and he wanted, under TUPE, to go under his present terms and conditions, which were 10 times more favourable than local conditions in the Philippines.

However, the employer would not agree to a transfer to the Philippines on UK terms and conditions. He was dismissed and given a statutory redundancy payment, a payment in lieu of notice and other payments due.

He claimed unfair dismissal. He believed he was entitled to transfer to Manila on the same terms and conditions that he enjoyed in the UK and that his dismissal was automatically unfair under TUPE.

The employment judge found that there had been a variation of Zeb’s contract involving a change of workplace from Wakefield to Manila.

As such, he was entitled to go, under TUPE, under UK terms and conditions and, because he was prevented from doing so, he was automatically unfairly dismissed. Redundancy was not the true reason for dismissal as contended for by the employer, as there was a TUPE transfer. The employer appealed.

Can an employee insist on a move?

But in Xerox, the EAT pointed out that this depended on the terms of the employment contract. The employee is entitled to transfer under TUPE to a new employer, but only on the employee’s present terms and conditions. In this case, the employee was employed to work in Leeds or Wakefield and not in Manila.

He could not, therefore, unilaterally insist on a change to his employment contract to allow for this change of location.

The employer was insistent that if the employee were to move, local Manila terms and conditions would apply. Nor did the employee have any unilateral contractual right to change his place of work.

On that basis, the true reason for dismissal was redundancy, as the requirement for an employee was to carry out work of a particular kind in the place where the employee was employed, had ceased (as in the Employment Rights Act 1996, section 139 (1(b)).

Of course, there is always the risk that transfer-related dismissals are automatically unfair. But this is not the case if the sole or principal reason for the transfer is economic, technical or organisational (ETO), entailing a change in the workforce.

If the latter applies, the reason for dismissal will either be redundancy (as in the present case) or “some other substantial reason”.

However, the ETO reason does not mean the dismissal is automatically fair. This case has been sent back to an employment tribunal for that question to be considered.

But what is clear from the case is that the employer did not have to relocate Zeb abroad on his (comparatively) expensive UK terms and conditions.

One Response to How does TUPE apply when an employee asks to be transferred?