Theresa May to tackle excessive bonuses that harm pension schemes 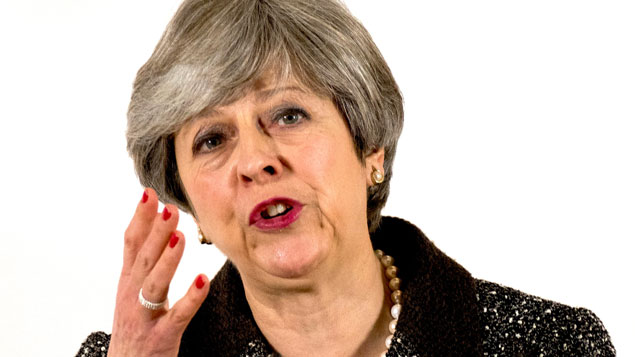 Prime minister Theresa May has vowed to fine company bosses who award themselves excessive bonuses while failing to protect workers’ pension schemes.

In the wake of Carillion’s collapse last week, the prime minister said the Government planned to introduce measures to tackle the behaviour of executives who “try to line their own pockets by putting their workers’ pensions at risk”. The plans are expected to be announced in the spring.

She wrote in the Guardian: “While I don’t believe the Government should involve itself in the day-to-day management of businesses, the state can and should help to rebalance the system in favour of ordinary working people.

“Too often, we’ve seen top executives reaping big bonuses for recklessly putting short-term profit ahead of long-term success. Our best businesses know that is not a responsible way to run a company and those who do so will be forced to explain themselves.”

She said the Government planned to stand up to “the small minority of businesses that give the majority a bad name”.

However, Steve Webb, a former pensions minister and current director of policy and pensions firm Royal London, said action against excessive bonuses would likely only be reserved for extreme cases.

He told the Guardian: “The Treasury and the business department will be hostile to these sorts of ideas and will not want regulators interfering in the business decisions of corporate Britain. Despite the idealistic rhetoric, I would expect any actual action to be some years away.”

Parliamentary inquiries will be set up to investigate how the shortfall in meeting its pension scheme commitments widened before Carillion’s insolvency. The deficit, believed to be £900m at the time of its collapse, increased from £317m in 2015 to £587m in 2016.

In 2016, Carillion prevented any reclaiming of executives’ bonuses should the business eventually become insolvent.

She asked how long the Government expected to pay invoices and workers in respect of public sector contracts, how many workers had been affected, and for further details of the commitments the Government received from private sector companies in regard to paying workers’ salaries.