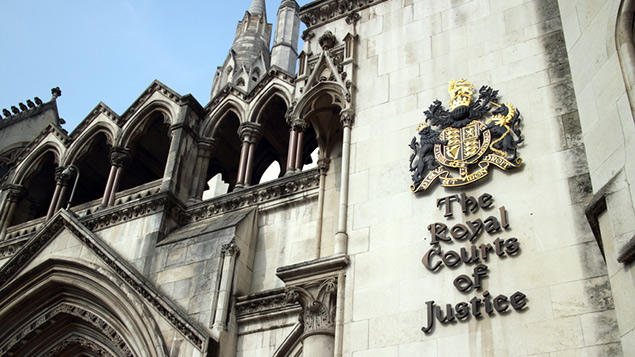 A senior judge has granted permission for the TUPE case BT Managed Services Ltd v Edwards and another to go to a full Court of Appeal hearing. The case examines whether or not an employee on indefinite sick leave, but retained in employment, transfers under TUPE.

Keep track of key employment law cases on appeal Our “Cases on appeal” page highlights that this case settled on 16 August 2016 and will not now proceed to the Court of Appeal.

In a hearing at the Royal Courts of Justice on 14 June, Lord Justice Longmore accepted the application from BT Managed Services (BTMS) for permission to appeal.

The case involves an engineer, Mr Edwards, who worked under an outsourcing contract within BTMS. He worked in a team of engineers maintaining mobile phone networks operated by Orange.

A heart condition meant that Mr Edwards was unable to continue in his job. Attempts to provide him with alternative work were unsuccessful, and he was regarded as permanently incapacitated.

Mr Edwards received payments under a permanent health insurance scheme for a time, and after the insurers’ liability ran out BTMS continued to make payments to him. Mr Edwards remained “on the books” of the network maintenance team.

A legal dispute arose when Ericsson refused to accept that Mr Edwards was assigned to the team at the time of the service provision change.

The employment tribunal held that Mr Edwards had not transferred under TUPE. BTMS appealed.

The Employment Appeal Tribunal (EAT) agreed with the first-instance tribunal.

The EAT held that Mr Edwards did not transfer to Ericsson under TUPE as he was not “assigned to the organised grouping of resources or employees”.

The EAT decided that an administrative or historical connection of an employee to the grouping, subject to the service provision change, is not sufficient to constitute an assignment.

BTMS appealed again, and on 14 June Lord Justice Longmore considered whether or not the case is appropriate for a full Court of Appeal hearing.

The judge accepted the argument from BTMS that the employment tribunal and EAT’s approach was sufficiently novel to justify the case being heard at a higher level.

BTMS argued that previous European and domestic case law suggests that it is wrong for Mr Edwards’ transfer to depend on his level of economic activity.

The company argued that the test should be whether or not the employee would carry out work for the organised grouping if fit.

Lord Justice Longmore rejected concerns that the appeal would be dealing with purely theoretical issues. The judge pointed out that Mr Edwards has an employment tribunal claim pending.

Mr Edwards asserts that he has been dismissed, and it is appropriate for the Court of Appeal to consider the correct respondent in his case.

Who transfers under TUPE?

How to carry out a due diligence exercise

“This case has the potential to be significant for employers faced during a TUPE transfer with an employee on long-term sick leave who is still in employment, but has been off sick for a long time and doesn’t look like ever returning.”

Simpson continues: “Both the outgoing and incoming employer in these circumstances may need to decide who takes responsibility for the employee. If the test is to look at the potential level of economic activity, the employee is much less likely to transfer.”

“On the other hand, the employee is much more likely to transfer if the test is: would the employee carry out work if fit?”

Lord Justice Longmore decided that a one-day Court of Appeal hearing should be scheduled. He agreed that two Court of Appeal judges would be sufficient to hear the appeal, but stressed that one of them should be an employment law specialist.