Uber and out? The rise and potential fall of the gig economy 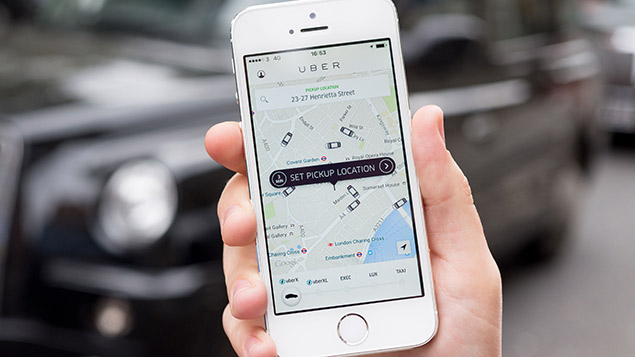 Do you engage employees, workers or self-employed contractors? Adam Grant and David Israel look at the rise of the gig economy and the latest court battle to establish employment status.

Advances in technology and changes in consumer trends have seen a boom in the so called “gig economy”. This has changed the way in which the traditional workforce model and employment relationship functions in certain sectors, with a move towards short-term assignments and self-employed independent contractor status. One such business that has embraced this change is Uber.

Uber is big business. It currently has more than 30,000 drivers working in the UK, has investors including Goldman Sachs and Google, and has been valued globally at $62.5 billion.

Its success is built on the back of its dedicated app that provides a platform for private car hire by connecting passengers directly with drivers with the offer of cost-effective fares.

It engages its drivers as self-employed independent contractors with the tagline, “Work for yourself, drive when you want, make the money you need”. Uber believes that this gives drivers the flexibility to work as much or as little as they want.

However, this independent contractor status is now being challenged in the UK courts and the outcome could have wide-ranging ramifications not only for Uber, but also for a number of businesses who operate similar workforces.

An individual’s work status generally falls into three categories, employee, worker or self-employed. That status can significantly impact on the rewards and protections afforded to those individuals.

Workers benefit from a number of rights, including the national minimum wage and holiday pay. Employees also receive the right not to be unfairly dismissed or discriminated against, as well as other benefits such as sick pay, maternity and paternity benefits.

For many businesses, it is preferable to engage people either on a self-employed or worker basis; this allows them the flexibility to manage staff costs, especially in industries more susceptible to seasonal fluctuations. This has helped fuel the rise of the zero hours contract.

The differences between “worker” and “employee” status has been the subject of multiple legal challenges. There is no definitive test to determine worker status but one of the key factors for being a worker is the lack of mutuality of obligation, namely no obligation to offer or accept work.

It is the last category of self-employed independent contractors which is at the heart of Uber’s current dispute. This status has benefits for both parties in terms of reduced costs, increased flexibility and potentially more favourable tax treatment.

However, when the tax benefit is negligible, as it is for lower-paid individuals, independent contractor status is less appealing. Again, there is no set test to determine status, but generally economic risk, control, substitution (the right to appoint someone else to fulfil the service) and the number of other clients are all factors.

Why do Uber drivers believe they are workers?

In the current test case, the drivers argue that they should be classified as workers and not independent contractors and are therefore entitled to receive at least the national minimum wage and holiday pay. They argue that the control that Uber exerts over the provision of the service is too significant for them to be self-employed.

Examples of this control cited by the drivers include Uber’s use of driver ratings, GPS tracking of set routes, alleged unauthorised deductions from fares for bad passenger reviews, and penalties for not picking up fares.

One of Uber’s counter-arguments is that it is a technology company not a taxi company.  It says that drivers are self-employed as they start and finish work when they want and accept the fares that they want. Jo Bertram, regional general manager of Uber UK, said: “The main reason people choose to partner with Uber is so they can become their own boss, pick their own hours and work completely flexibly.”

The potential risk for Uber and the gig economy

If the drivers win this case, they could stand to receive significant sums in respect of under-paid wages and holiday pay.  For Uber, this will no doubt be problematic, especially if it pushes up fares and in turn damages one of its key selling points – its low price in comparison to London’s black cabs.

There are four separate upcoming tribunal hearings in relation to similar claims by four cycle couriers against the cycle courier services – Excel, City Spring, Addison Lee and eCourier – who assert that they are not truly self-employed. They say they work up to 50 hours a week for one company, receiving £2 or £3 for each parcel they deliver. The first case should be heard in November 2016 and the rest in 2017.

With the latest figures showing that the UK’s self-employed workforce has grown by 800,000 to 4.7 million since 2008, we may well be seeing further political scrutiny of this area, with the associated tightening of the rules as to when an individual is a worker, employee or self-employed.

In the meantime, it would be prudent for all business to audit the status of their workforce and, as required, tighten working arrangements and documentation.

About Adam Grant and David Israel