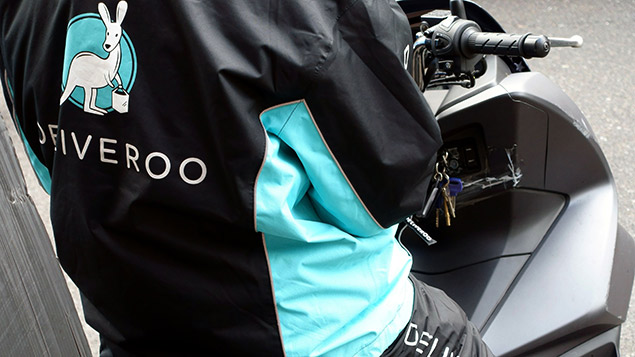 The legal status of workers in the gig economy must be clarified so that businesses and individuals can thrive, according to a new report from the Recruitment & Employment Confederation (REC).

Gig economy – The Uberisation of work explores the effect of platforms such as Upwork and PeoplePerHour, online marketplaces that matching freelance workers with a wide range of project-based work.

Uber and out? The rise and potential fall of the gig economy

The REC has called on the Government to ensure that the gig economy is fair to self-employed workers and businesses, and to secure benefits for the UK economy.

It said the gig economy is predicted to add £45 billion to the UK economy and create work for 766,000 people.

REC chief executive Kevin Green said: “Gig working is heading for the mainstream. This is good news for employers who will welcome tools which help them access the global talent market.

“The UK is close to full employment and businesses across the economy need to react to skills shortages.”

He continued: “Harnessing new technology which facilities gig working can provide real solutions to embedded labour market problems, but policy makers need to get to grips with these new trends so that the UK can make the most of opportunities.

“We must ensure that freelancers, interims and contractors who find work this way are protected. For the recruitment industry we want a level playing field on which to compete.”

The report comes after Uber was taken to the employment tribunal last week about the employment status of its people who drive vehicles offering Uber services. The drivers argue they are employees of the organisation, rather than independent operators running their own businesses.

Key recommendations in the REC report include the following:

The report was produced in partnership with job site Indeed. Bill Richards, UK managing director, said: “The gig economy is disrupting traditional notions of employment. Just 13% of British people think they will be working in traditional 9 to 5 jobs by 2025. Online job search and the rise of digital work platforms is creating a wealth of opportunities for the temporary market, with flexible working patterns a driving force behind the gig economy.”

Chris Bryce, chief executive of the Association of Independent Professionals and the Self Employed (IPSE), said: “The way we find work is changing and it’s positive that the Government is starting to take notice. The research suggests as many as one-third of employers will advertise work on digital platforms by 2021 – yet those who find work on these sites are stuck in the legal grey area between ‘employed’ and ‘self-employed’.

“With the number of users rising month-on-month, the Government must clarify this group’s legal, employment and tax status. To overlook this issue would be to encourage exploitation of the system and could deny these workers rights they may be entitled to.

“If the gig economy is to flourish, the Government must respond to new technologies by reconsidering employment and tax status. If the Government doesn’t get agile, the economy will never be agile either.”

The REC research includes data collected in a YouGov survey of 614 business decision-makers.