Uber to give drivers medical cover, sick pay and other benefits 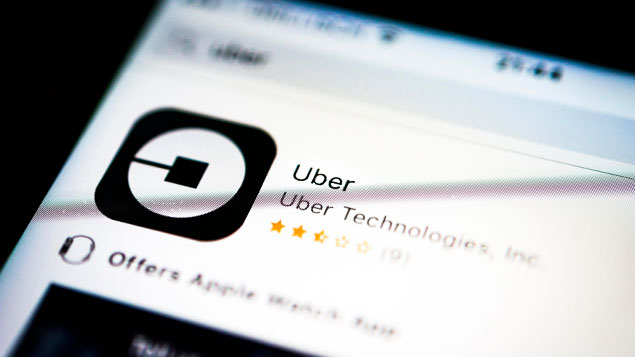 Uber is to introduce numerous protections for its drivers through a new insurance scheme, including sick pay and maternity and paternity payments.

The ride-hailing up, which has been involved in court cases over its use of gig-economy drivers, said it will provide insurance cover at no extra cost to its for 150,000 drivers across Europe.

Provided in partnership with AXA, Uber’s Partner Protection scheme will cover drivers against major cost or reductions in income resulting from accidents or injuries that occur when they have passengers in their vehicle.

The scheme, which begins on 1 June, will also provide income protection for events that happen when they are not working for Uber, such as sickness, having a baby, or jury duty.

However, drivers have to meet strict criteria to be eligible for the “off trip” insurance. Passenger drivers have completed 150 trips in the previous eight weeks before they can claim sickness, maternity, paternity or jury duty pay, while a delivery driver on its food delivery service Uber Eats must have completed at least 30 deliveries in the previous eight weeks to qualify.

All drivers would be paid a £1,000 lump sum while on maternity or paternity leave, and a £500 lump sum for jury service.

If they are injured while on a job for Uber, they would receive medical cover paying out up to £7,500.

Fellow gig-economy delivery firm Deliveroo has also announced that it will begin offering its 35,000 cycle couriers free insurance to protect them and their earnings if they are involved in an accident. It includes cover for up to £7,500 of medical expenses and up to 75% of average gross income.

In October 2016, the Central London Employment Tribunal ruled that Uber drivers could not be classified as self-employed and were entitled to rights including holiday pay, the national minimum wage, and breaks. The decision was upheld by the Employment Appeal Tribunal in December last year.

Uber admitted that in the past it had “focused too much on growth and not enough on the people who made that growth possible” and wanted to give its drivers more security.

Pierre-Dimitri Gore-Coty, vice-president and head of operations EMEA at Uber, said: “Partner Protection is an important step in addressing some of the biggest concerns raised by our independent partners who rely on Uber. But the listening doesn’t stop here. We’ll continue to ensure that the voices of the drivers and couriers are heard as we take Uber forward together.”

Mick Rix, national officer at the GMB union, which represents Uber drivers, said the decision was “a major step in the right direction”.

However, the scheme was likened to a publicity stunt by the Independent Workers Union of Great Britain. James Farrar, chair of the union’s United Private Hire Drivers branch, said: “Sadly, this is once again a case of tinkering around the edges for a quick PR win, rather than dealing with the issue at hand.”

19 Responses to Uber to give drivers medical cover, sick pay and other benefits