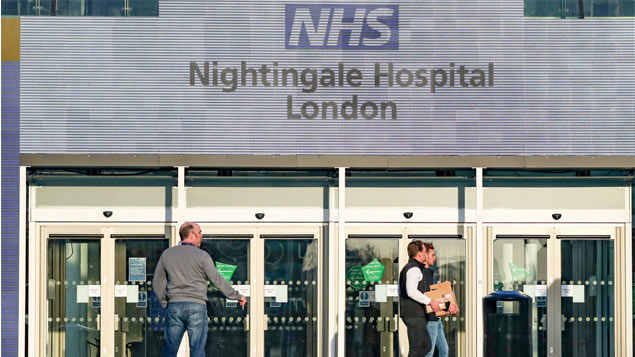 Some of the UK’s seven Nightingale hospitals, built to add capacity to the NHS during the first wave of coronavirus, will never fully open because of staff shortages.

Currently, only the Nightingale in Manchester is active and taking patients, while its equivalents in Harrogate and Exeter are said to be being used for non-Covid diagnostic care, such as cancer screening.

Chief executive of NHS Providers Chris Hopson, said there were “not the hundreds or thousands of NHS staff waiting to be deployed into those hospitals”.

His comments were supported by Dr Gary Masterson, a consultant at the Royal Liverpool University Hospital, who said: “I think perhaps the thinking was done before we had any understanding of this disease process.”

How to dampen the conflict tinder box in lockdown

Dr Masterson said they were not likely to contribute much to the fight against Covid-19 because it was already difficult to find the numbers of multi-disciplinary staff needed for our standard hospitals.

“There was an impression that if you stick a ventilator by a bed you get an intensive care bed space – that’s simply not true,” he said.

“But as soon as you start doing that, you will start drawing staff from existing hospitals, so the patient-to-members-of-staff ratio will start dropping, which will mean more pressure on quality of care.”

However, Hopson added: “The idea that you don’t need a lockdown because you are not using your Nightingale capacity is not true.”

Last week, chief executive of NHS England Simon Stevens revealed that about 30,000 NHS staff were self-isolating or off work because of Covid-19.

The Royal College of Nursing (RCN) recently warned that nursing shortages across the NHS could lead to staff burnout.

The nursing union said that staff absence because of the pandemic, coupled with about 40,000 registered nursing vacancies in England, was exerting too much pressure on the remaining workforce.

RCN director for England, Mike Adams, said: “We already know that frontline nurses – in hospitals, communities and care homes – are under huge strain.

“Anecdotally we’re hearing that in some hospitals they [nurses] are becoming increasingly thinly spread on the ground, as staff become unwell or have to isolate, at the same time as demand on services continues to increase.”