By Laura Merrylees on 18 Jun 2015 in Case law, Employment tribunals 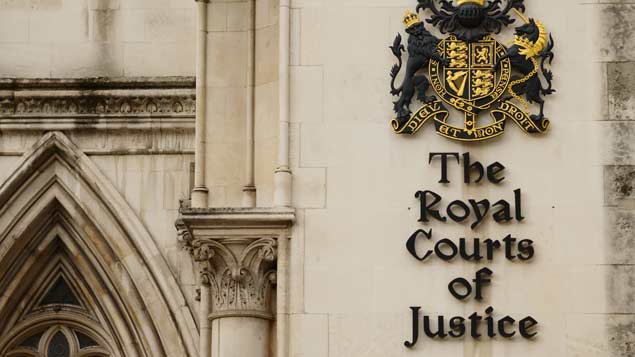 No judgment was given at the end of the hearing/REX

Unison’s challenge to the introduction of fees in the employment tribunal continued last week in a two-day hearing at the Court of Appeal. Laura Merrylees reviews the story so far.

The union’s two previous attempts had failed after the High Court said that there was insufficient evidence to suggest the fee regime had led to a decline in claims.

At the appeal hearing on 16 and 17 June, Unison argued that the “dramatic drop” in claims had “no obvious explanation, other than the introduction of fees”.

It also claimed that the requirement to pay a higher fee to issue a discrimination complaint is “intrinsically likely to disadvantage women” – the number of equal pay claims fell 83% after the introduction of fees, while sex discrimination claims fell by 91% in the first quarter of 2014.

The Ministry of Justice, responding to the appeal, acknowledged that there had been a drop in the number of claims.

However, it also argued that this does not explain why individuals are not bringing claims. It suggested, for example, that factors such as mandatory early conciliation via Acas may be playing a part.

No judgment was given at the end of the hearing and it was suggested that it may “take some time” to issue a decision given the “interesting and difficult” points that had been raised.

The introduction of fees in July 2013 to launch and pursue a claim has been the subject of much controversy.

Amounts can vary according to the type of claim brought, but can cost up to £1,200. A “type B” claim, which includes claims for unfair dismissal and discrimination, attracts an “issue fee” of £250 and a further “hearing fee” of £950.

At Unison’s first hearing in February 2014, the High Court was of the view that the application was “premature”, claiming that it was too early to judge how the scheme would work in practice.

In March 2014, six months after the introduction of fees, statistics showed that claims had dropped by around 80%.

A second application for judicial review was heard in December 2014 but this also failed, in part due to a lack of evidence that fees made it “virtually impossible or excessively difficult” for individuals to bring a claim.

Despite an indication from the Court that witness evidence would be helpful to address this question, Unison declined to call any witnesses at this latest hearing.

XpertHR consultant editor Darren Newman said: “The fall in tribunal claims since fees were introduced has been dramatic. The only sensible explanation of the fall is that people are deterred from bringing claims because it is simply too much money to pay upfront when the outcome of a case is so uncertain.

“Nobody can sensibly argue that it is only the hopeless or weak claims that have been excluded. If that were true the success rate would have risen dramatically – and that has not happened.”

On the possible outcome of the appeal, he added: “I would never want to predict the outcome of cases, but if the Court does find the fee regime unlawful, the results would be dramatic and chaotic. I think the Court of Appeal would have to find the evidence pretty compelling before it took such a bold step as to strike down the Government’s flagship reform of the employment tribunal system.”

It is difficult to know whether or not any part of the judgment may give rise to the complicated issue of the repayment of fees, should all or part of the fee regime be quashed.

In the meantime, the Government has announced that it will conduct a review into the impact of fees. It is due to be completed later this year, with consultation on any proposals to follow.