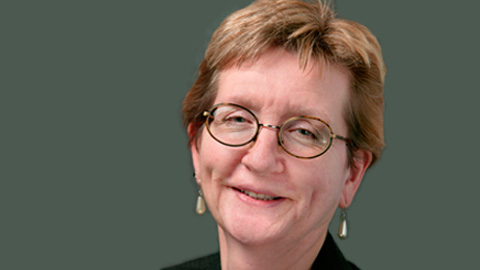 Amid recent news reports of an increase in employers’ use of zero-hours contracts, Sarah Veale, TUC head of equalities and employment rights, argues that time is up for such arrangements.

During the recession in the 1990s, a new form of employment contract appeared. It stipulated that the employee would not have any formal hours of work but would be expected to be available to work as the need arose. Fast food chains in particular started to make regular use of these contracts, which became known as “zero hours contracts” because that is exactly what they were; legal contracts of employment that did not guarantee any work (and consequently no guarantee of any pay). Nonetheless they contracted the employee to that employer, so that they could not work anywhere else nor could they sign on as being available for work for benefits purposes. Unable to find other jobs, people accepted these contracts and sat by their phones every day waiting to be called in to work – or not.

There were reports of people being called in at very little notice to cover lunch breaks, or deal with an unexpected influx of customers. Unions conducted a campaign against one household-name burger outlet that was making particular use of these contracts.

Now we are struggling through another, even worse, recession and, lo and behold, we find another household name burger outlet using zero hours contracts. They are also appearing elsewhere, including in the NHS and other parts of the public sector.

Where did they go in the period between the recessions? The obvious answer is that these forms of contract are very unpopular with workers and as soon as the labour market eases and there are better forms of employment available nobody will take them and they become rare again.

Employers that make use of zero hours contracts argue that they provide flexibility for both the employer and the employee. The first part is easy to understand – the possibility of not paying staff when they are not needed but having them ready to come to work when they are is a clear temptation, particularly in low-skilled areas.

The second part is less easy to understand. The flexibility is not of the sort that employees can benefit from. There is no guarantee of any money on any given day, it is impossible to plan childcare or anything else, there is insufficient security to satisfy mortgage lenders and others that you are an acceptable risk and, perhaps worst of all, you cannot claim the benefits that you would get if you were unemployed and you cannot take work with another employer. Some employees on these contracts report that, for whole weeks, they have had no income from their employer and very little in terms of benefits. Who would ask for that sort of flexibility?

Zero hours contracts look a little like the old docks labour scheme of the early to mid-twentieth century, where men (and it was men in those days) queued up at dawn every day to take whatever docks work became available. It was undignified, insecure and harsh.

Employers who use these contracts may find that there are, in the longer term, serious disadvantages to them and their business. Staff who are in this sort of precarious position are unlikely to be committed to their employer. The fact that when the economy is healthier people vote with their feet and avoid these sorts of jobs shows how they are really perceived by employees.

If staff are only at work when specifically needed they are less likely to be given anything other than very basic training. Staff who are not happy are not likely to be as productive and will be less likely to give service users and customers the same degree of attention that they would if they felt more highly valued by the company. Respect cuts two ways – if employees feel that they are being treated as mere “labour” they may not expect much and will not give much.

There is a particularly disingenuous argument being made by employers using zero hours contracts, who say that they are particularly good for women, because of their inherent flexibility. The problem is that the flexibility is all one way, designed for the convenience of the employer. The open ended nature of the contracts make it well nigh impossible to plan childcare, or other support for caring responsibilities, which tend to fall on women. Furthermore, not knowing how much pay you are going to get each week makes household budgeting very difficult.

We have a national minimum wage in the UK, for all the right reasons. We now need a minimum hours threshold for employment contracts.