What case law will the Government need to consider when amending the Working Time Regulations? 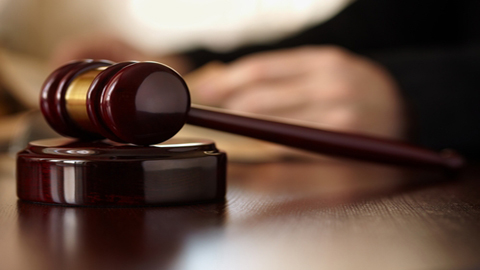 As part of its Modern Workplaces consultation, the Government has proposed to amend the Working Time Regulations (WTR) to allow workers who fall ill during their annual leave to reschedule or carry over up to four weeks’ statutory annual leave to the next year.

In addition, the consultation looked at permitting workers to carry over 5.6 weeks’ annual leave due to maternity, paternity, parental or adoption leave and allowing employers to either “buy out” 1.6 weeks’ of additional annual leave or to require this leave to be carried over, should there be an overriding business need.

According to the consultation document, the changes are necessary to ensure that “UK legislation is consistent with the Working Time Directive, as interpreted in a number of judgments of the Court of Justice of the European Union”.

A spokesman for the Department for Business, Innovation and Skills told Personnel Today that a definitive date had not yet been set for the publication of the Government’s response to the WTR element of the consultation as the Government is still “working on lots of aspects of the response”.

In XpertHR’s Tribunal Watch blog, senior employment law editor Stephen Simpson has set out a list of judgments that the Government may take into account when it drafts the amendments to the WTR. Here is a summary of those cases:

The Court of Appeal:

In this case, the Court ruled that an employee who was absent for an entire leave year and did not make any requests to take annual leave during this period was entitled to holiday pay when the employment was terminated.

The Employment Appeal Tribunal ruled that a worker who fails to comply with the statutory or contractual notice requirements for taking annual leave can lose holiday at the end of the leave year if it has not been taken.

The European Court of Justice (ECJ) confirmed in this case, originating from Spain, that a worker who is sick during holiday leave cannot be precluded from taking the period of annual leave at a later date, regardless of when the incapacity for work first arose.

Read more about the ANGED v FASGA and others ruling.

The ECJ held that German legislation allowing for a carry-over period of nine months for untaken annual leave, which meant that public servants forfeited their holiday if it had not been taken within the nine-month period after the end of the leave year due to sickness absence, was unlawful.

In this French case, the ECJ said that it was contrary to the Working Time Directive for national legislation to make entitlement to paid annual leave conditional on a worker having worked at least 10 days for the same employer in the leave year.

The ECJ confirmed in this case, which originated in Germany, that the Working Time Directive does not require an unlimited accumulation of paid annual leave where an employee is on long-term sickness absence.

The ECJ held in this Spanish case that the Working Time Directive must preclude national provisions or collective agreements that deny a worker who is sick during a scheduled period of annual leave the right to take the holiday at a later time, even if this is outside the holiday year.

The ECJ dealt with the case of Stringer and others v HM Revenue and Customs together with the German case of Schultz-Hoff v Deutche Rentenversicherung Bund. It held that the right to paid annual leave continues to be accrued during sick leave and that, where employment is then terminated, if the worker has been unable to take paid annual leave due to sickness absence they are entitled to payment in lieu.

View full details of the ECJ’s ruling in these cases.