What does the Beecroft report mean for government policy? 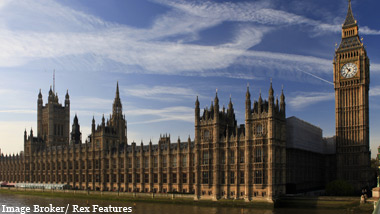 Controversy surrounding the Beecroft report reached new heights yesterday when the Government published it ahead of schedule, due to the emergence of leaked copy.

The Government was set to publish the report later this week but, in light of the leak in the Daily Telegraph, it decided to do so early in order to “dispel some of the myths” that had become associated with it.

The Beecroft report was commissioned by the Department for Business, Innovation and Skills (BIS) as part of the “Red Tape Challenge” to identify areas of employment law that could be improved or simplified in order to help businesses create jobs.

However, while recommendations such as compensated no-fault dismissals faced a backlash this week from both unions and employment lawyers, these are not new proposals.

Some of Beecroft’s recommendations on simplifying employment law were submitted to the Government in October 2011 and have already formed part of proposed reforms. Here, we take a look at Beecroft’s proposals and how they are being incorporated into government policy:

This is arguably the most controversial area of the Beecroft report. Perhaps even more striking is that Beecroft also suggested scrapping unfair dismissal protection entirely from UK legislation, except in cases of discrimination.

However, he stated that “if it is felt to be politically unacceptable to simply do away with the concept of unfair dismissal”, the Government should implement a system in which employers can “dismiss anyone without giving a reason provided they make an enhanced leaving payment”.

He called this proposal “compensated no-fault dismissals” and, in March of this year, the Government launched a call for evidence on introducing these for micro-businesses, those with fewer than 10 employees .

In its call for evidence, the Government proposed that these businesses should be able to dismiss an employee where no fault is identified on the worker’s part, provided that the employer pays a set amount of compensation. The employee in turn would not be able to bring a claim of ordinary unfair dismissal. However, they could still bring claims of discrimination or automatic unfair dismissal against the employer.

Business secretary Vince Cable has suggested that support for the proposal is minimal. He said yesterday: “One of Mr Beecroft’s recommendations was a suggestion to bring in no-fault dismissals. In my daily conversations with businesses, this has very rarely been raised with me as a barrier to growth.

“Businesses are much more concerned about access to finance or weak demand than they are about this issue.”

The Government’s own evidence also suggested that dismissal legislation is not a big concern for business. Research from BIS found that dismissal did not feature in the top 10 regulations deterring businesses from taking on staff.

In addition, the Law Society has argued against the proposals, warning that making it easier for small businesses to dismiss employees will not boost growth.

Chair of the Law Society’s employment law committee Angharad Harris commented: “Creating a separate system for businesses with fewer than 10 people will create a ‘two-tier’ system which will be confusing and unhelpful.

“Not only do these changes remove important protections for employees, they also make small businesses vulnerable to other employment tribunal claims. What small businesses and first-time employers need is support and advice to understand that employment law is largely a matter of good practice.”

In addition to compensated no-fault dismissals, Beecroft commends the Government’s extension of the unfair dismissal qualifying period, which rose from one to two years in April. However, he suggests that the period in which an employee can be dismissed without being able to claim unfair dismissal might be extended beyond two years.

Beecroft suggested in his report that the EU Directive on which TUPE Regulations were based has been “gold-plated” by the UK in a number of ways.

In order to tackle this, he recommended that:

In response to the recommendations, the Government launched a call for evidence on the effectiveness of the current TUPE provisions and how they might be improved. This closed at the end of January and the Government is yet to publish its response to the consultation. However, it has stated that if the consultation reveals a call to change TUPE Regulations, it will consult further on any proposals before implementing them.

Tom Flanagan, partner and head of employment at law firm Irwin Mitchell, has warned that Beecroft’s suggestions for changes to TUPE are not in high demand from employers and may breach the UK’s EU obligations.

“Beecroft[‘s report] includes the suggestion that the UK Government should simply ignore [European] Community obligations and risk infraction proceedings from the European Commission or lobby the commission to change the relevant directive – such as the perceived need to change TUPE, particularly in relation to outsourcing,” Flanagan explains.

“These are hardly rapid routes to stability and growth. In any event, BIS is slow tracking the call for evidence on TUPE as compared to the one on collective redundancy, because there seems to be little appetite among business for yet more tinkering with the TUPE Regulations.”

Beecroft has recommended that the consultation period for collective redundancies should be reduced in some instances.

Beecroft argued in his report that this “penalises larger business” and imposes an extra cost of 60 days’ wages on any business wanting to make more than 100 people redundant.

He added: “This is generally at a time when business is by definition difficult, as otherwise such a level of redundancies would be unlikely to be needed.”

In the report, Beecroft proposed that the consultation period for collective redundancies should be 30 days, regardless of the number of employees the organisation wishes to make redundant. He also argued that if the company is in a formal insolvency process this should be reduced further, possibly to five days.

Prior to Beecroft’s recommendations, the Government had already announced that it would look at the case for reforming collective redundancy rules. Shortly after the Beecroft report, it launched a call for evidence on the rules governing statutory consultations on collective redundancies, looking in particular at the consequences of reducing the 90-day consultation period to 60, 45 or 30 days.

The call for evidence closed at the end of January and the Government has not yet published its response to the consultation.

The Beecroft report suggested that the third-party harassment provisions in the Equality Act 2010 should be revoked. He argued that the legislation “clearly creates a temptation for employees to conspire with each other or with customers to create a harassment situation which might result in substantial financial compensation from their employer”.

He added that the idea that an employer can control the actions of third parties towards its employees is “naive in the extreme”.

In response, the Government launched a consultation on the repeal of the third-party harassment provisions, which it called “unworkable”, earlier this month.

Cable said that the Government was instead simplifying employment tribunals in response to widespread concerns from small businesses.

He added: “This has all happened independently from Mr Beecroft’s recommendations and were part of the Government’s existing programme of reform and an agenda for growth.”

Beecroft’s suggestions in this area recommended the continuation of proposals that were already being looked at. For example, he stated that fees for employment tribunals should be introduced as soon as possible, adding that the levels that had already been proposed by BIS should be accepted.

Full details of the reforms to employment tribunals proposed by the Government can be found on XpertHR.

Other recommendations the Government is taking further or considering

Recommendations the Government is not planning to take forward