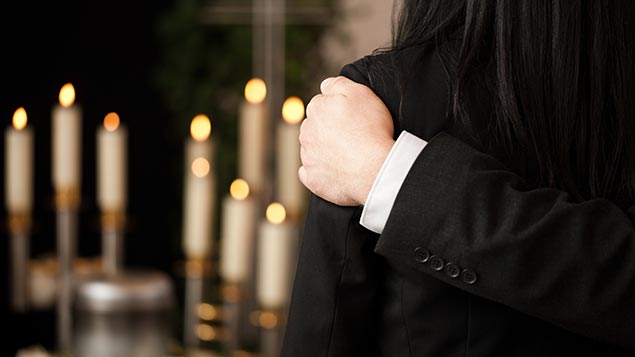 The death of a family member or close friend will probably happen to most employees during their working lives, so it is essential for employers to have a sound bereavement leave policy. Burges Salmon’s Akshay Choudhry considers best practice on how to support grieving workers.

The trauma of bereavement can last for many months or years, but, despite the inevitability of this occurrence, many employers have inadequate methods in place for supporting employees through difficult times.

So, given the potentially damaging employee-relations and employee-retention consequences of getting it wrong, and knowing that the issue is intrinsically delicate, what should employers do when an employee loses a loved one?

Bereavement at work: the law

Perhaps surprisingly, at a time when family-related leave is increasingly regulated, employees’ legal entitlements are relatively limited when it comes to time off following a bereavement.

Letter agreeing to a request for compassionate leave

Employees are entitled to reasonable time off if necessary when a dependant passes away. What is “reasonable” is not defined, but, crucially, the time off is to allow the employee to take action that is “necessary” in consequence of the death. According to the Employment Appeal Tribunal (EAT) in Forster v Cartwright Black Solicitors [2004], this could mean dealing with logistical matters such as arranging and attending a funeral, or applying for probate. Dealing with grief is not, according to the EAT, “necessary”. Furthermore, the right is to unpaid time off only and “dependant” is narrowly defined, restricting the right to the death of a spouse, partner, child, parent or someone living in the same household as the employee.

In most circumstances, employers are not compelled to do any more to accommodate bereaved employees. The law in this area, it seems, is not very compassionate.

The Acas guide on managing bereavement in the workplace (published September 2014) does not seek to prescribe how much compassionate leave should be offered to employees, or in precisely what circumstances it should be given. Instead, the guide focuses on how to handle difficult conversations and key considerations in managing an employee’s grief and its impact on their work. Salient points include:

Acas also encourages employers to be sensitive to employees whose relatives have been diagnosed with a terminal illness. The issues arising will be similar to bereavement, but may change over time and could stretch over a longer period. Maintaining a regular dialogue and discussing the employee’s options for time off – which may be a combination of flexible working, annual leave, unpaid leave or compassionate leave – is a good starting point.

Perhaps understandably given the nature of bereavement, many employers prefer to deal with it on an ad-hoc basis and will often leave decisions to the line manager’s discretion. However, this inevitably gives rise to a lack of consistency; a better approach is to have a compassionate leave policy, with flexibility to allow for individual circumstances to be taken into account.

Having a policy gives a framework in which appropriate discussions can take place, and it sets the expectations and parameters for those discussions. A policy can also help avoid some of the potential difficulties that could otherwise arise. Research conducted by XpertHR in 2014 suggests that businesses without a policy in place were twice as likely to suffer resourcing problems as a result of bereavements than those with a policy.

A compassionate leave policy should include a degree of flexibility because no two situations will be the same. People deal with grief in different ways.

When it comes to leave, the Acas guide cites CIPD research stating that most employees are, in general, given five days’ paid leave to deal with emergencies. However, employer practices do vary considerably – from those offering unpaid leave only to those giving two weeks’ paid leave at the more generous end of the scale.

Some employers choose to draw a distinction between different family relationships – for example, allowing five days’ paid leave in the event of the death of a close relative (eg spouse, civil partner, partner, child, parent or sibling), but fewer days in the event of the death of others (eg grandparents or in-laws). However, these are, particularly in a modern context, difficult and arguably arbitrary lines to draw.

While drawing boundaries is helpful – and it is certainly advisable to define the circumstances in which the leave offered is normally available – some common sense discretion is also desirable. If an employee was raised by a grandparent or an aunt, for example, employers would do well to take that into account in determining an appropriate amount of leave. It is also worth bearing in mind that, for some, close friends are like family, so the policy could allow flexibility to cover such situations.

A sensible starting point may be for the policy to state in respect of whom leave will be granted and how much leave will normally be available, but also to acknowledge that circumstances will differ and that additional leave may be granted at the employer’s discretion.

In practice, employers may allow employees to take paid leave in excess of that set out in their policy, particularly where a close relative has passed away or where it is clear that the employee in question is struggling to deal with their loss. Similarly, policies often provide that, where compassionate leave is not available or has been exhausted, the employer will discuss other options with the employee if appropriate (eg using annual leave, unpaid leave, parental leave or flexible working).

Importantly, the policy should also set out the circumstances in which leave is permitted. For example, employers may allow time off to deal with emergencies, such as when a loved one or a dependant unexpectedly falls ill or is injured, as well as following the death of a relative. As with a bereavement, the law does provide a limited right to reasonable unpaid time off if necessary in such circumstances, but employers will often be more generous than the law requires and clarity in a policy is desirable.

Of course, this all has to be balanced with business requirements, but supporting an employee at a difficult personal time can engender loyalty. In addition, ensuring that the employee is in the right frame of mind to return to full duties can reduce the risk of a longer-term impact on sickness and/or performance levels.

If an employee suffers from mental health issues such as depression or post-traumatic stress as a consequence of bereavement, this could amount to a disability (if it lasts, or is likely to last, for a year or more and meets the other requirements) and employers will need to consider making reasonable adjustments. Employers should be aware of warning signs, such as increased sickness absence or poor performance, which may be indicative of mental health problems. Appropriate adjustments will depend on the circumstance, but might include allowing additional time off, changes to duties or flexible working – and employers should also apply their normal absence and/or other performance-management policies.

Employees may also want to observe faith-based mourning rituals. The Acas guide gives an example of a Jew who believes his faith requires him to remain at home and mourn the loss of his father for seven days after the funeral. The employer would need to be able to objectively justify refusing the leave request or it could face a claim for religious discrimination (however, if this would exceed the employer’s normal compassionate leave provisions, the employer may be able to require the employee to use annual or unpaid leave for this purpose).

Regrettably, some unscrupulous employees may seek to abuse the system in an attempt to get extra leave. Employers should watch out for any employees with invented relatives or several grannies, for example, by monitoring how the policy is applied and keeping records.

While employers are well-advised to be sensitive to individual requirements, this has to be balanced against a need to be consistent to avoid allegations of unfair or discriminatory treatment. For example, approving additional leave for an employee grieving for their spouse but rejecting it for an employee grieving for their civil partner could give rise to allegations of discrimination on grounds of sexual orientation or marital status.

Grief, by its very nature, is both challenging and unpredictable. However, preparing for this most inevitable of eventualities will ensure that employers are ready for the challenge, and having a plan in place will help minimise the business impact, while offering the support that employees will appreciate.