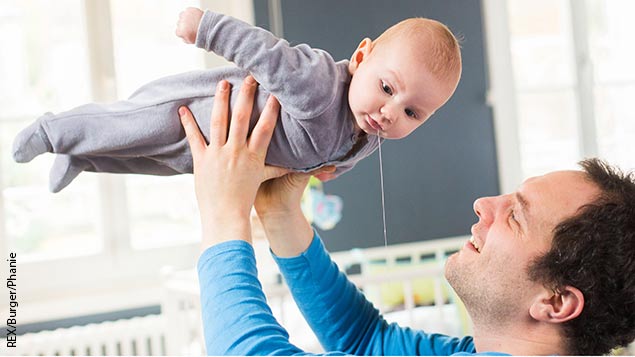 As the Government confirms its plans to introduce shared parental leave, Elizabeth Clery, research director in the Society and Social Change Team at NatCen Social Research, looks at trends in social attitudes to maternity and paternity arrangements and discusses whether or not the planned changes will have any impact on the amount of leave taken by men.

Deputy Prime Minister Nick Clegg has pushed forward with radical reforms to maternity and paternity rights, which will allow both parents to share up to one year’s leave after the birth or adoption of a child.

The changes, due to come into effect in April 2015, will deliver a long-held Lib Dem commitment to make parental leave more flexible, allowing fathers to play a greater role in raising their children, helping mothers to return to work at a time that is right for them and creating more flexible workplaces to boost the economy.

Mothers will be able to choose when they end their maternity leave and pay, and share the untaken leave – as well as pay – with their partner as “shared parental leave”, assuming the parents meet the eligibility criteria. Both parents will be able to take leave at the same time and will be able to take time off in blocks, rather than all in one go, provided that the employer agrees (see XpertHR for further details).

But will this policy of shared leave be widely adopted – the Government only expects 4-8% take-up of shared leave – and create the more flexible workplaces and support for working mothers envisaged by the Lib Dem policy makers?

Evidence from NatCen’s flagship annual study, the recently published British Social Attitudes report, shows that there is currently a limited overall view that a couple who work full time should divide the parental leave equally in practice. The figures show only one person in five (22% in 2012) backs this.

However, what may offer hope to the policy makers is that there is much greater support among younger generations for paid leave being divided between the mother and father: 44% and 26% of those aged between 18–25 and 26–35 respectively think that both should take half of the leave, compared with just 13% of those aged 66 and over who think the paid leave should be divided in this way.

When it comes to caring for a baby, older generations prefer a traditional division of roles, among both sexes, even when policy options facilitate a more diverse range of possibilities. But policy makers should not lose hope. The extensive record of 30 years of British Social Attitudes suggests that we can expect this trend to continue as each generation comes through with less traditional, and in many areas, more liberal, attitudes than the last.

NatCen’s Maternity and Paternity Rights study in 2009 showed that the vast majority of fathers do take some time off after the birth of their child, whether through paternity leave or other paid leave.

Moreover, nearly two-fifths of employed fathers change their working arrangements following the birth of their child to work more flexibly or shorter hours. However, the fathers who took paternity leave were those in more favourable employment situations, for example working in the public sector or large private-sector organisations where more family-friendly arrangements were available, and those receiving higher rates of pay.

Financial disincentives are a barrier

Another issue for consideration by those supporting shared maternity and paternity take-up, at least in the short term, is the differences in pay. The pay differential between the mother and father often means there is a considerable financial disincentive for the father to take leave because of the greater difference between the father’s income and the flat rate at which the leave is paid.

Furthermore, many organisations offer enhanced maternity pay, far higher than the statutory amount, while fathers are not generally offered more than the statutory paternity pay. To have a real effect on the uptake of paternity leave, statutory pay would need to be increased markedly – highly unlikely in the current economic climate – or enhanced pay would need to apply to men as well as women.

One reason for encouraging men to be more involved at home is to encourage more mothers to return to work. However, support for working mothers is not universal. Although working mothers may now feel more like a cultural norm, attitudes towards them in modern society remain more traditional than we might think, with one-third of the population (33% in 2012) thinking a mother should stay at home when there is a child under school age. However, this compares with 64% in 1989, so the overall trend is showing increasing support for working mothers, especially in younger generations. The most popular choice now is for the mother to work part time (26% in 1989, 43% now).

Significant financial disincentives to a greater role for fathers at every stage of parenting will need to be overcome, and the quality of family-friendly policies in the workplace will need to provide a greater incentive, but as NatCen’s research shows, it looks like Nick Clegg might be successfully tapping in to a changing cultural attitude in younger generations towards parents sharing responsibility for the care of their children and their careers.

Government publishes its response to the consultation on shared parental leave and pay.

Elizabeth is a research director in the Society and Social Change Team at NatCen Social Research. She is one of the co-directors of the British Social Attitudes survey series.
View all posts by Elizabeth Clery →
Previous Article
Next Article