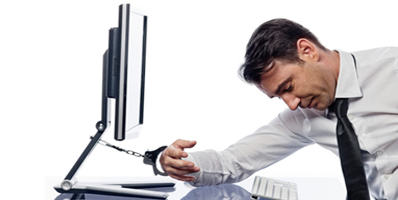 Tens of thousands of workers are being denied leave to which they are entitled, according to figures released today.

According to the Citizens Advice Bureau (CAB), in the past three years it has dealt with 87,725 cases of employees who have not been provided with the statutory amount of leave by their employers.

The CAB says that the majority of cases have involved workers in non-unionised workplaces such as care homes, hairdressers, bars, restaurants, hotels and shops. Other cases have occurred in construction and decorating, clothing and food processing factories, and contract cleaning.

The majority of those affected are women, many of whom are juggling part-time work and family commitments, according to the CAB. They may be unaware of their legal entitlement to leave and avoid taking action against their employers because of a fear of losing their job.

The CAB’s “Give Us A Break!” report found that while some employers’ non-compliance stemmed from a lack of awareness and understanding of the law, much appeared to be deliberate, with rogue employers using a range of excuses to avoid meeting their legal obligations to offer leave to their workers.

The CAB has called on the Government to create a Fair Employment Agency, to consolidate existing enforcement. It says that this could reduce the number of employment tribunal claims, create a level playing field for responsible employers, and help put an end to exploitation and abuse.

CAB chief executive Gillian Guy said: “The vast majority of employers – large and small – try hard to meet their legal obligations to their workforce, and most go way beyond the minimum statutory requirements. Sadly, however, there are still far too many rogue employers and employment agencies prepared to flout the law and profit from exploitation.

“As a result, tens of thousands of the most vulnerable workers in the UK economy do not benefit fully from the legal framework of fairness in the workplace.

“Left unchecked, the behaviour of such rogue employers creates injustice not only for the workers they exploit, but also for law-abiding employers who quite rightly want – and are entitled to expect – a level playing field on which to compete fairly, within the law.”

XpertHR has policies and documents available on a range of topics relating to holiday and holiday pay.