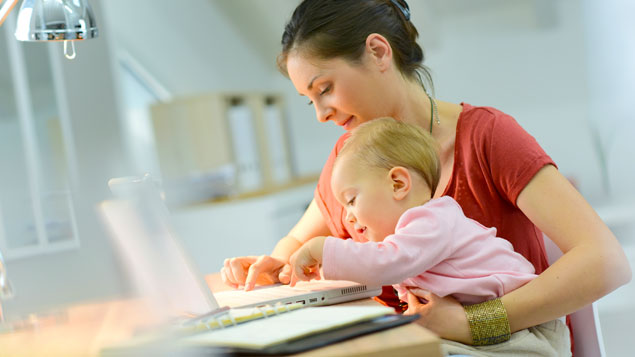 The proportion of working-age mothers in paid work increased by almost 50% over four decades, according to the Institute of Fiscal Studies (IFS).

Almost three-quarters (72%) of women with children had paid jobs in 2015, compared to just 50% of women in 1975. According to the think tank, the rise was particularly large among single mothers and mothers of pre-school and primary school-age children.

Why is it beneficial for employers to offer employees assistance with childcare?

Its The rise and rise of women’s employment in the UK study also found that the proportion of mothers in full-time positions increased to 44% in 2017, compared with 29% in 1985 when it began recording this data. The share of women in part time work, however, remained stable at around a third.

The proportion of couples with children with only one adult in employment was halved from 47% to 27% in 2015, and the share where both parents were in work rose from 49% to 68%.

Barra Roantree, research economist at the IFS, said the report revealed that there had been significant social and economic change in the last 40 years.

“With the earnings of women increasingly important for these families, understanding the reasons behind persistent differences in the wages of men and women is all the more important,” added Roantree, highlighting the importance of gender pay gap reporting.

While the employment rate of women has risen steadily across the UK, London has lagged behind. In 1975 it had the highest employment rate among women aged 25-54 at 63%, but had been overtaken by every other region by 2005. In 2017 74% of women in London that fell into this age bracket were employed – the joint lowest proportion of any region, alongside Northern Ireland.

The IFS said the lower rate in London could be because the city had a much slower rate of decline in the number of women claiming caring duties were their main responsibility.

“Participation in these caring activities is much higher for women from certain ethnic minority backgrounds (particularly those from a Pakistani or Bangladeshi background), so increases in the prevalence of these ethnic groups in London can in part explain some of the slower employment growth,” the report said.