How employers need to embrace flexible working to retain talent 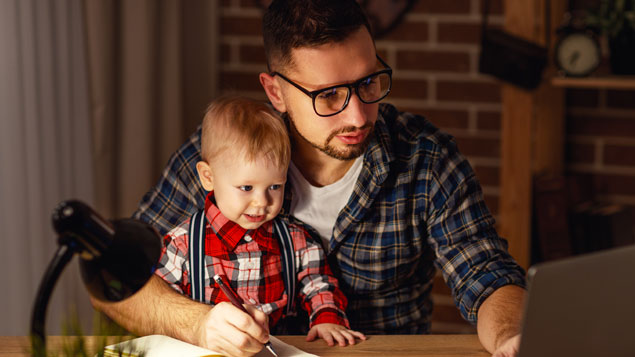 With the UK on the brink of a skills shortage, employers need to embrace flexible working to retain talented staff and attract an engaged workforce. Ashleigh Wight reports.

Employers may find that their staff start to look for jobs elsewhere if they don’t offer them a position with the right work-life balance, speakers at the #Flexibleworking: The Big Conversation with Mummyjobs.co.uk warned.

They added that as organisations focus on reducing their gender pay gap, flexible working should be at the forefront of their strategies. Many employers have claimed that a shortage of women in senior positions was one of the main drivers behind their pay gap, but as seniority and salaries increase, the likelihood of being offered flexible working diminishes for employees.

This proportion continued to decrease as salaries rose, with just 6.9% of jobs paying £80,000 or more advertising some form of flexible working arrangement.

She noted that some industries were better than others at offering flexible working and promoted hospitality as an option for a person looking for a job that fits in with their commitments at home. While she acknowledged that the hospitality sector had a “bad rep for long hours and poor pay”, it offered staff the ability to gain a varied skillset while being able to work shifts that suited them.

Heather DeLand, executive creative director at TMP Worldwide UK, said many organisations were inadvertently closing their doors to the diverse workforce they wanted because of rigid working hours or locations.

“People are out there to be employed but we are not shaping our roles for those people,” she said, noting that there were thousands of women not working due to their parenting commitments.

And with the Government estimating that just 2% parents had taken shared parental leave, she said women were more likely to be out of work if they were unable to find a role that fitted in with their childcare arrangements.

GBK’s Osborn said employers should focus on retaining existing staff: “Talent is getting hard to find, and in our restaurants we don’t turn talent down.”

She said it cost around £1,000 for GBK to hire and train a new staff member. “Why on earth would we want to let them go if they need to have a Tuesday off or need extra time for childcare?” she asked.

A lot of the conversation around flexible working is centred on parents, but the speakers reminded employers that it should be offered to everybody, regardless of their situation or gender.

“We’ve got students doing 20 hours a week and they’re able to change their hours to work on their dissertations,” said Osborn.

Earlier this week, the Fawcett Society called on the Government to bring in legislation that would require all roles to be advertised on a flexible working basis, unless there was a valid reason for them not to, as well as more part-time or job-share senior roles.

Eleanor Willock, director of client services at Mantis PR, said her organisation had embraced flexible working and all of its staff worked from home.

But the arrangement didn’t come without its challenges, she said, and some staff – especially those who had moved from bigger organisations and busy office environments – struggled to adapt to this informal working environment.

People are out there to be employed but we are not shaping our roles for those people,” Heather DeLand – TMP Worldwide UK

She explained: “It’s less about the talent of the people and more about their personality… you need to help people find their way, otherwise you’ll lose them.”

Willock advised organisations to establish a clear definition of what they see as flexible, as this may differ from their employees’ perceptions.

Reliable technology was needed to run a business where staff were based remotely, she said. Employers needed to prepare for the additional cost arising from more phone calls and contributions towards employees’ utility bills and working equipment at home.

Trust also played a big role in the success of a flexible working strategy, the speakers agreed, and employees should be given the responsibility to carry out their tasks on a schedule that suits them. But communication should not be forgotten.

DeLand suggested that organisations could consider offering their staff shorter working hours so long as they delivered the work that was required of them during that time: “If you focus more on the outcomes you can put your trust in people.”

Speaking from her own experience in a flexible role at GBK, Osborn said her productivity was measured on her outcomes rather than time worked: “As long as I do that job, I am trusted to work the hours I want”.

With Brexit likely to exacerbate the skills shortage, it’s important that employers get flexible working right now to avoid the scramble for talent.