By Simon Draper on 11 May 2018 in Financial wellbeing, Latest News, Stress, Payroll 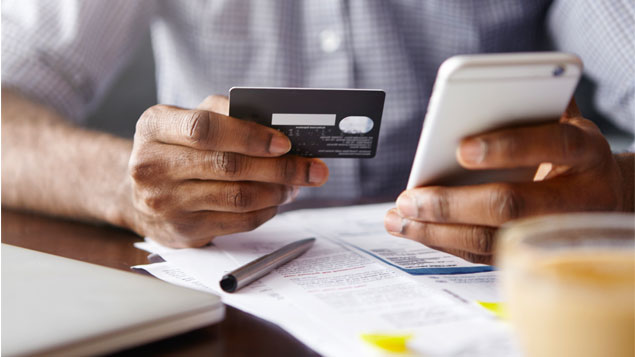 Could giving employees access to their salaries as they earn, rather than making them wait until pay day, be the answer to reducing financial stress? Simon Draper of Hastee Pay explains how instant access to their pay could benefit both employers and employees.

Financial wellbeing in the workplace has quickly become one of the most discussed topics for HR departments – and it’s no surprise that it has shot to the top of their agenda given that only 16% of employees say they are financially savvy and secure, according to one study by Barclays.

For employers, the fallout from financial stress within the workforce can take various shapes. From poor performance, attendance and punctuality, to strained relationships between co-workers, the effects of financial stress can cost both the employer and employee.

Positive moves are being made by HR to ensure financial wellbeing in the workforce, including the introduction of workplace pension schemes and free financial advice.

There has also been talk of an auto-enrolment-style scheme that could protect the physical and mental health of UK workers, partially offset by employers and employee National Insurance contributions. But is enough being done to tackle financial burden at the source?

The high costs of overdrafts, credit cards and payday loans are largely to blame for widespread financial stress, with these being used regularly to pay for life’s expected and unexpected necessities when the monthly salary simply doesn’t stretch far enough.

In April, politicians, with the support of high-profile actor and activist Michael Sheen, announced plans to push for a cap of £24 per month per £100 borrowed on any interest, fees and charges related to an overdraft. While this is a positive response to what has been dubbed a “national scandal”, HR can do more to ensure the workforce has a greater opportunity for financial freedom through emerging technologies.

The dangerous reliance on overdrafts, credit cards, payday loans and other expensive options to pay the bills and make it through the month could be curbed by changing the way employees access their salaries to fit more comfortably around their financial outgoings.

Technology that gives employees access to their pay as soon as they have earned it would be a huge benefit to those struggling to meet bill payments. Providing alternative relief in the form of money that is not borrowed but has already been earned by the employee, accessed as and when the employee requires, is surely the most effective solution.

The survey also revealed that, on average, credit card holders accumulate around £269.17 of debt each month by simply trying to get by. Of those with an overdraft, 17% often dip into the red when funds run out towards the end of the month. The concept of positively disrupting the way workers access their pay should be welcomed by any business that recognises the value in promoting financial wellbeing.

The dangerous reliance on overdrafts, credit cards, payday loans and other expensive options to pay the bills and make it through the month could be curbed by changing the way employees access their salaries to fit more comfortably around their financial outgoings.”

This doesn’t necessarily mean handing employees all the power over their pay – limits can be set and employees can only access what they have already earned. This promotes income smoothing and avoids the danger of less financially savvy employees withdrawing an entire month’s pay on the first of the month – not that any business should be willing to pay ahead on hours that have not yet been worked.

Employers that choose to take the reins can make a positive impact, not only on their own workforce and their own bottom line, but also on wider society.

With a 2017 study by npower revealing that SMEs employ almost half of the nation’s workers, there is an opportunity to significantly reduce financial burden across the UK if flexible payment technologies are widely adopted by smaller businesses. Large corporations and UK-based multinationals employing thousands of workers could also extend that impact by adopting these technologies too.

There are obvious advantages for employers, such as increased attendance and punctuality as well as greater productivity and workforce retention. Employers should also think about the knock-on effect flexible payments will have on attracting new workers. Those that rely heavily on casual or seasonal workers could find that the ability to pay new employees the wages they’ve earned immediately as they complete their first day of employment works heavily in their favour.

If, as one study by Oddsmonkey suggests, half of UK workers will be working remotely by 2020, the widespread adoption of flexible payments shouldn’t be far behind as businesses become increasingly responsive to the importance of wellbeing within the workforce.