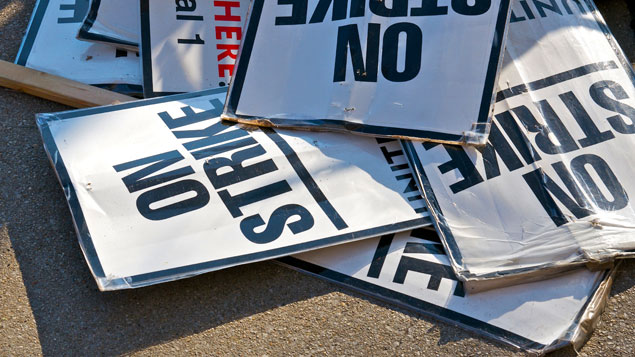 Staff at conciliation service Acas are striking today (11 May) over concerns about their workloads, following the decision to abolish employment tribunal fees last year.

Members of the PCS union working as individual conciliators – who deal with potential tribunal claim disputes – are taking part in the one-day strike, which follows changes made by Acas management that the union described as “detrimental” to the service.

The conciliators have been taking industrial action since 25 April, when they began refusing to take on reactive or proactive work on fast-track early conciliation cases or employment tribunal cases if they so wished.

PCS claimed the dispute centred on “imposed” changes by Acas management as part of a transformation programme, which included the downgrading of conciliation work and increases to workloads.

PCS general secretary Mark Serwotka said: “It really has come to something when people who run a conciliation service can’t negotiate effectively with their own workforce.

An Acas spokesperson disagreed with the claim that it was “downgrading” work and said the organisation was disappointed that some of its staff have decided to take strike action.

“We have had regular discussions with PCS, we are committed to seeking a resolution and continue to work with our trade unions.

The spokesperson went on to say that Acas was recruiting additional staff to meet the increase in demand for its conciliation service, following the sharp rise in employment tribunal claims being made after the Supreme Court ruled that fees were unlawful.

PCS said it wanted Acas to agree to recruit the 30 conciliation staff it needed at the same grade as those on strike. It also requested that the organisation stopped its transformation plan until it has had “detailed talks” with the union.

The union said members would take further strike action on 6 and 7 June if progress was not made.