On 13 Dec 2010 in Blacklisting, HR practice, The HR profession

With the New Year fast approaching, Personnel Today reflects on the top HR stories from the past 12 months.

The ongoing doom and gloom surrounding the economic climate was not the only thing greeting employers at the start of the year – the weather also proved a burden for staff attempting to get back to work after the Christmas break. Bucket-loads of snow prompted business groups to plead with firms to revisit their flexible working policies and warned against forcing staff to “risk life and limb” to make it into work.

The thorny topic of getting staff back into workplace continued with our report that the new fit note would not give doctors the option to declare a patient “fit to work”, only whether they may be fit for some work.

Also on the subject of health, HR chiefs backed a ban on pre-employment health questionnaires, despite the increased risk of litigation. Senior HR figures argued that the system enabled employers to discriminate against those with medical conditions during the recruitment process without fear of consequences.

As we said farewell to the noughties, Personnel Today took a reflective look back over the previous 10 years. The profession has had to cope with the impact of recession, a raft of employment regulations, and found itself outsourcing activities.

The first tribunal to test paid holiday and sick leave held that an employee should be allowed to carry over annual leave entitlement to the next year if they have been too ill to take it. In the case of Shah v First West Yorkshire, Mr Shah broke his ankle and was off work for three months between January and April 2009. He asked his employer if he could claim back four weeks’ holiday that he had previously booked, which fell within his period of sickness absence. The company refused the request, but a judge ruled that Shah was entitled to take the holiday.

The fit note debate continued to rumble within the HR world with concerns being voiced about the strategy and how it would lead to disputes between employers and staff about what constitutes suitable work following a period of sickness absence, especially in firms without occupational health departments.

Pressure also grew on the Chartered Institute of Personnel and Development (CIPD) to investigate charity boss Christine Pratt after her decision to go public about alleged bullying accusations made by staff at Number 10. Numerous HR professionals, contacted by Personnel Today, protested at Pratt’s apparent breach of confidentiality, claiming that she should have her CIPD-fellow status and membership revoked should she be found guilty of contravening the institute’s code of conduct.

British Airways (BA) cabin crew confirmed that they would be taking strike action following a dispute about pay, jobs and working conditions. The announcement marked the start of a long-running battle between the airline and crew members.

March began with an outpouring of sympathy for the HR profession when draft guidance was published stating that vegans, atheists and Scientologists could be given the same protection against discrimination as religious groups under the Equality Bill. Employers’ groups sounded alarm bells and slammed the draft “Employment statutory code of practice”, claiming that employers would be left confused as to what does and does not count as a protected belief.

A Hays survey revealed the public sector had plummeted in popularity as an employer, and was losing its sparkle as a place to work.

The ramifications of a volcanic eruption in Iceland the previous month were felt when thousands of flights were delayed or cancelled due to the ensuing ash cloud. About 150,000 UK workers were stranded abroad. Lawyers confirmed that employers were under no legal obligation to pay staff who were stuck abroad because of the travel chaos.

In the same month, all eyes were on the political parties as they launched their manifestos. Labour pledged to increase statutory paternity pay from two to four weeks, the Conservatives and Liberal Democrats said that parents could divide maternity leave between them as they wished, and the Lib Dems said that they would extend the right to request flexible working to all employees.

The Equality Bill passed its final stage in Parliament.

As Labour’s term came to an end, the official coalition agreement document setting out the terms of the deal between the Conservatives and the Liberal Democrats was published.

HR industry experts called on the new government to force companies to include people information in their annual reports when it resurrected the Operating and Financial Review (OFR).

News also emerged that civil service redundancies could be “delayed” following a High Court ruling that changes to Whitehall severance packages were unlawful.

New Chancellor George Osborne unveiled the emergency Budget. It was announced that the public sector pay freeze, due to start in April 2011, would be extended for an extra year and that the national insurance contribution threshold for employers would be raised. The pay freeze would affect all staff earning more than £21,000, but the 1.7 million public servants earning less than this would get an extra £250 per year during the freeze.

Reed Business Information announced that Personnel Today would migrate to an exclusively online format. The magazine closed on 29 June in response to the bulk of recruitment and product advertising moving from the magazine to online. The news desk was inundated with calls from readers who said that the magazine had been a big part of their lives and they were sorry to see it go. Launched by Reed Business Information 21 years ago, the title has been a major force in the HR community.

With World Cup fever gripping the nation, employers were soon reminded that they ran the risk of discrimination claims after a survey revealed that 51% of firms planned to offer flexible working for staff during England games, but only 19% offered the same conditions during matches that did not involve England.

The BA saga remained in the headlines as the school summer holidays approached. Cabin crew began an appeal against a High Court ruling that rejected their call for an injunction and found that the airline could legally reduce the number of staff onboard flights.

During the height of summer, organisations were brought back down to earth with the news that the default retirement age (DRA) would be scrapped on 1 October 2011.

Business groups reacted furiously to the plans, arguing that employers would be left with insufficient time to prepare. Indeed, the CBI has, as we publish this review, called for the DRA scrapping to be delayed until October 2012.

A tribunal ruled that employers can defeat claims for more than one year’s holiday pay from sick employees by making a payment covering their most recent leave year. With holiday issues among the most common problems that employers deal with, the news was met with welcome relief.

The Government’s White Paper, “Equity and Excellence: Liberating the NHS”, was published, proposing a radical shake-up of the NHS in England.

The good news for employers was that government estimates showed they could save £45 million in the first year after the DRA is scrapped.

The bad news was that the age at which workers become eligible for the full national minimum wage rate would drop to 21 – a move that could cost employers nearly £50 million.

Religious discrimination employment tribunal cases were barely out of the press. The common theme was that they all found in favour of the employer.

Employer expense continued to rear its head in September, with the news that the European Parliament sought to extend the length of maternity leave to 20 weeks on full pay, potentially costing the UK £2.5 billion per year. The British Chamber of Commerce (BCC) argued that the plans were unaffordable while EU Governments deal with budget deficits in the aftermath of the recession.

Sharon Shoesmith became free to appeal the ruling over her sacking as the head of children’s services at Haringey council following the Baby Peter affair. In April 2010, Mr Justice Foskett rejected Shoesmith’s claim for a judicial review of her dismissal but in a ruling published on 31 August, he gave her permission to take the case to the Court of Appeal.

It emerged that alcoholics, smokers, voyeurs and exhibitionists would not be protected by disability provisions in the Equality Act, elements of which were due come into force on 1 October 2010.

Human rights were October’s common theme. Christian BA worker Nadia Eweida, who was not allowed to wear a visible crucifix at work, revealed that she was taking her discrimination case against the airline to the European Court of Human Rights. Personnel Today reported in February that Eweida had lost her case at the Court of Appeal, which ruled that BA was not guilty of discrimination by stopping her visible wearing of a cross at work.

In the same month, the Government also revealed that it would not make any changes to the Agency Workers Regulations which come into force next year, despite “considerable sympathy” for arguments against the new rules. The Regulations afford temporary and agency workers in the UK equal treatment to direct staff after 12 weeks of employment.

The CIPD defended the remuneration package awarded to its chief executive Jackie Orme for 2009/10, following criticism of her increased bonus and the overall size of the package. Orme was the recipient of a significant increase to her performance-related bonus in the year 2009/10, leading to questions as to what aspects of the institute’s performance triggered the increase.

Employers learned that they could face a rise in “hopeless” employment tribunal cases if government plans to shake up the legal aid system go ahead, according to an employment law specialist. Under the plans, legal aid would be scrapped for employment matters, including legal help for getting advice in advance of employment tribunal proceedings unless they are discrimination cases.

The announcement of the wedding of Prince William and Kate Middleton whipped the newspapers into a frenzy, as did the news that the day would be celebrated as a national bank holiday. Employers were warned that they might cause huge resentment among their workforce if they forced staff to work this day.

The year ended as it began, with snow, and plenty of it. Meanwhile, employers were advised against docking the pay of workers who failed to make it into the office due to the snow, even if they were entitled to.

Birmingham City Council was crowned overall winner at the Personnel Today Awards 2010 ceremony at the Park Lane Hilton in London. Praised for its “innovative approach” to utilising and engaging talent, the UK’s largest local authority won top prize after scooping the award for excellence in public sector HR.

Despite the season of goodwill being upon us, XpertHR research revealed that two-thirds of employers did not have a policy in place setting out the standard of acceptable employee behaviour at their work Christmas party. 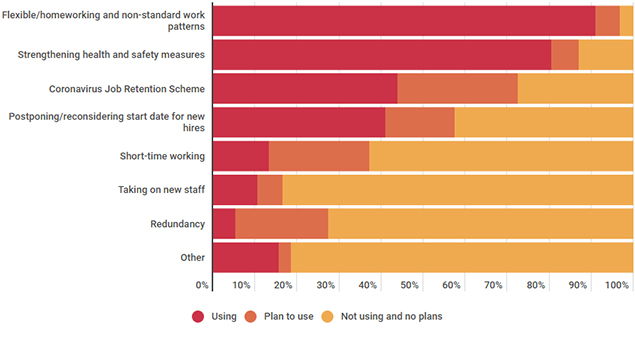 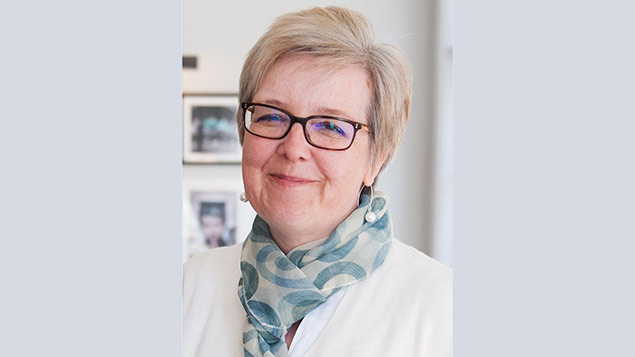 PPMA president decides to step down

Karen Grave, the president of the Public Services People Managers Association, has decided to step down from her role as...