Pensions Regulator sets out plan to beef up operations

The Pensions Regulator (TPR) has announced plans that it said would enable it to become more effective when dealing organisations avoiding their pension obligations.

Its corporate plan to achieve “clearer, quicker and tougher” regulation comes in the wake of heavy criticism for its failure to protect staff and former employees of failed services giant Carillion earlier this year and the collapsed retailer BHS in 2016.

TPR chairman Mark Boyle said the plan involved a 22% staffing increase over the next three years, to 720 full-time employees from 591 currently, and a £4.3m spending increase to help the regulator to pursue employers who were not taking their duties towards their pension schemes seriously.

It would also launch an anti-scams campaign to help prevent savers from being ripped-off. At the same time, said Boyle, TPR would work with trustees to improve scheme governance, and with the “majority of companies who are working hard to do the right thing”.

Boyle referred to a change in culture at TPR that would involve reinforcing frontline teams. To this end, the plan will see a restructure of the workforce to ensure a third of all staff are working in frontline services.

The move chimes with the Department for Work and Pensions announcement in March that it would make it a criminal offence for bosses to commit “wilful or grossly reckless behaviour” with their company’s pension scheme.

Prime minister Theresa May also said after the collapse of Carillion, which left a £900m hole in its pension scheme with 27,500 members, there would be penalties for those who “try to line their own pockets” by putting workers’ pensions at risk.

In May 2017 she said she would protect pensions from “irresponsible behaviour by company bosses”, a reference to the public outcry around the demise of BHS after it was sold by billionaire Sir Philip Green.

The Government’s proposals to improve pensions regulation, including details of action against company directors who have behaved recklessly over pensions, are contained in two March-launched documents: the White Paper Protecting Defined Benefits Pension Schemes and the open consultation Insolvency and Corporate Governance.

However, some commentators within the financial sector have played down the idea that the TPR is set to bare its teeth. In an interview with The Telegraph, former pensions minister Steve Webb, now an adviser at financial services mutual Royal London, said that the extra resources could only go so far in protecting workers’ retirement pots. He said the regulator would still not have the power to punish firms with large pension deficits from paying big shareholder rewards. Carillion, for example, paid large dividends while its pension black hole grew. 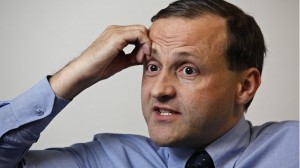 Webb, a former coalition Government minister, who lost his seat in 2015, said: “It’s good they’re becoming more streamlined and putting more investments in, but they also need new powers and new teeth. If a dividend policy is out of kilter with the pension deficit then the regulator needs to have [this power] to stop companies.”

Tom Selby, a senior analyst at investor AJ Bell, told the Professional Adviser website that despite the changes “TPR’s budget remains tiny when you consider the vast landscape it is required to monitor.” He added: “The regulator has to compensate for its lack of resources somehow and by roaring like a lion it will hope to convince those it polices it is more than just a kitten.”

Pensions: employers consider how to mitigate impact of...

Cost of living crisis: what can businesses do...