Additional paternity leave will be detrimental to business, say employers 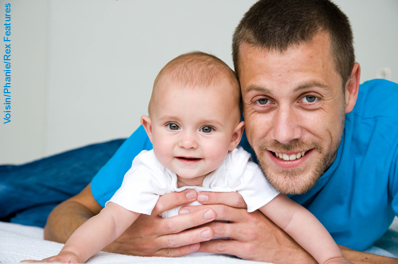 More than half (52%) of employers expect that additional paternity leave requirements, which come into force today (Sunday), will be damaging to their business.

This is according to a survey of 1,300 organisations by the British Chambers of Commerce (BCC), which also found that one-fifth of employers believe the abolition of the default retirement age will be detrimental.

Additionally, from 6 April, employers will no longer be able to issue notifications of retirement on the basis of the default retirement age or the employer’s normal retirement age.

The BCC argues that, despite the Government’s announcement that businesses with fewer than 10 employees and “genuine new start-ups” will have a three-year moratorium on new business regulation, there is an “urgent need” to review and scale back policies already on the statute books.

David Frost, BCC director-general, said: “Our survey results show that employment law changes are causing great concern among employers, who, instead of concentrating on running their business, have to cope with more and more shifts in employment law. Every change, no matter how small, costs employers time and money.

“Unless practical steps are taken to help free businesses from red tape, the burden on employers will only increase, and barriers to job creation and economic growth will remain.”

However, Brendan Barber, general secretary of the TUC, said that good employers should have “nothing to fear” from these employment law changes.

“The extension of family-friendly working over the last decade has helped to drive record employment rates for working families, which businesses have hugely benefitted from,” he added.