All change for TUPE: a world without the service provision change rules 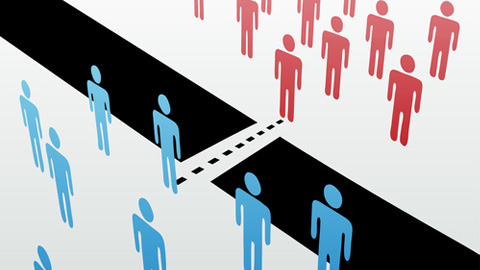 With potential change ahead for TUPE, employment lawyers Bernadette Daley and Miriam Bruce ask: What would a world without the service change provision rules look like?

As part of its commitment to cut through employment law red tape, the Government has announced plans to abolish the service provision change rules in the Transfer of Undertakings (Protection of Employment) Regulations 2006 (TUPE). A consultation on this proposal is under way. If it goes ahead, the process of repealing the provisions could start as soon as October 2013, although it is anticipated that a potentially significant lead-in period may be required before the change takes full effect.

Outsourcing, insourcing and re-tendering within the scope of TUPE

Broadly, a service provision change occurs when a client outsources activities to a contractor, re-tenders for such activities or brings them back in-house. The effect of TUPE is that employees transfer automatically to the new provider, although for TUPE to apply there must be an organised grouping of employees situated in the UK whose principal purpose is the carrying out of the activities concerned on behalf of the client. The provisions that made service provision change a category of TUPE transfer were introduced in 2006, with the intention of creating greater legal certainty, establishing a more level playing field in the tendering process and reducing costs. Despite these aims, the provisions have not been universally well received – many consider that they “gold-plate” protection for employees by bringing sourcing within the scope of TUPE when that was not required or envisaged by EU legislation.

If the rules are repealed a number of positive consequences could follow, including increasing competition and easing some of the burdens the rules have seemingly created. For example, although one of the advantages of the service provision change rules is that smaller businesses can bid against larger incumbents in the knowledge that, if successful, they will inherit sufficient staff to carry out the work, the disadvantage is that they are required to take on associated employment liabilities too. This can be seen as a disincentive to bid. However, the abolition of the rules means TUPE would not automatically apply to a sourcing situation and so the impact of this disincentive may well be reduced, thereby increasing competition and encouraging more contractors to tender for work.

Additionally, it is often the case that the reason for wanting to re-tender a contract is that the client is unhappy with a supplier’s performance, and this may include concerns about the performance of the supplier’s workforce. Removal of the service provision change rules should give those working on sourcing contracts greater opportunity to work on a non-TUPE basis, thereby enabling them to start the new contract with a clean slate and achieving cost savings at the same time. Another potentially positive outcome is that it may curb anticompetitive behaviour by reducing the risk that certain outgoing service providers move staff internally prior to transfer so as to ensure that their best employees are retained and those that they wish to part company with transfer to the new provider.

Repeal could lead to less certainty

Even if the rules are repealed, however, this does not mean that sourcing situations will no longer be caught by TUPE. On the contrary, the standard TUPE test may still apply, ie if the sourcing involves the transfer of a business or part of a business that retains its status as an economic entity post-transfer. Whereas the working assumption since the introduction of the service provision change rules has been that TUPE will apply to an outsourcing scenario, their abolition could mean less certainty about the application of TUPE. As a result, there may be increased legal costs as businesses will need to grapple with complex EU and domestic case law to ascertain whether the standard TUPE test has been met. In addition, existing contractors may be hit with unexpected redundancy liabilities if the provisions are removed. Existing contractors are likely to have assumed that if they lose the contract, they could rely on TUPE to avoid redundancy costs and simply transfer their staff to the new contractors. Without the specific provisions in TUPE, they can no longer be certain that this option will be available to them.

A world without the service provision change rules will therefore be one of risk and opportunity for those working in the sourcing market.