How has the workplace changed since 2004? 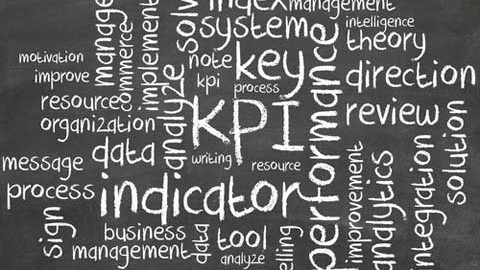 The recent Workplace Employment Relations report uncovered a wealth of information on what HR spends its time doing.

Much of the fanfare around the 2011 Workplace Employment Relations Study (WERS) focused on the fact that organisations are making greater use of the conciliation service Acas, suggesting they want to attempt to resolve disputes before they reach the tribunal stage.

But while it’s positive that workplace conciliation has increased since the last time this Government-commissioned survey was conducted in 2004, the WERS also revealed a host of other gradual transitions in workplace life over the past seven years.

Given that the economy entered recession in 2008, some of the most striking observations of the report centred on how employers have fared in the financial crisis. One-fifth of respondents said that the recession had affected their workplace “a great deal”, while only 10% believed it had no adverse affect on them.

Reaction to the recession

Responses to the financial crisis varied, but the most common one was to cut or freeze wages (cited by 42%). Other ways in which organisations dealt with it were to impose a recruitment freeze (28%) or by changing how workloads were organised (24%). In 14% of workplaces, the recession prompted compulsory redundancies. Job security lessened, with 60% of workers claiming they felt secure in their jobs in 2011, compared with 67% in 2004. The more changes an employee had experienced at work, the more likely they were to feel insecure about their role.

Despite these negative macro-economic forces, however, many employees reported greater levels of job satisfaction. In fact, adapting to the recession seems to have built greater levels of resilience in organisations.

Almost two-fifths of those in the latest WERS said that they strongly disagreed that their workplace was weaker as a result of recession. Only 22% agreed to any degree that this was the case. However, this contradicts a survey published last year by Engage for Success (CHK), which found that only around one-third of UK workers felt engaged, and that output per hour was down by 15% as a result.

As Jack Wiley, executive director of the Kenexa High Performance Institute, pointed out when the latter report was released, employees’ reaction to recession can sometimes have a lag time – which explains why the WERS’ conclusions may differ. “In 2009 [a year into the recession] we found that there was high engagement as people were happy to have jobs, provide for their family,” he said. “But as staff levels have been reduced and people have more work, bonuses disappear, we begin to see a big drop in employee engagement.”

Of course, one of the most visible impacts of the financial crisis has been that, in many workplaces, staff must “do more with less” – often without any concomitant increase in their salary. On asking employers about pay, and how satisfied staff were with their reward levels, WERS found that lower-paid employees tended to be less satisfied with their pay than higher-paid staff, but that higher-paid staff often suffered higher levels of work-related anxiety. Around two-thirds of full-time higher earners reported that their job had made them feel “tense” in the weeks prior to the survey.

Xpert HR’s Sarah Welfare has pointed out in her recent blog how the recession offered an opportunity for the HR function to assume a more central position in the workplace, yet the evidence of this is in short supply. It’s interesting to note, for example, that representation at the top level of organisations by HR has not changed significantly in the past seven years – in fact, this figure has decreased slightly, from 59% in 2004 to 55% in 2011.

For example, a number of pieces of legislation have emerged over the past few years to tackle equal opportunities at work, yet HR’s response to this “on the ground” seemed to stretch little beyond developing or changing existing policies. WERS found that, in 2011, only one-third of workplaces had a formal strategic plan covering workplace diversity, with objectives to be achieved. This compared with 29% in 2004, so is not a statistically significant change in practice.

The report concludes: “The evidence suggests some small changes in the structure and activities of workplace HR, particularly in respect of the increases in autonomy of branch-level managers and the demand for expert advice. But there is little to suggest that HR managers have more strategic influence.”

Employers should at least be thankful that their workplaces have dealt well with the blows the economy has thrown at them. But WERS conclusions suggest that there could be an even greater opportunity for HR to capitalise on their role in the organisation. Come 2018 and the seventh iteration of the study, let’s hope this is reflected in the results.